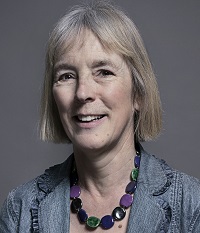 Nicky Harman lives in the UK. She is co-Chair of the Translators Association (Society of Authors). She taught on the MSc in Translation at Imperial College until 2011 and now translates full-time from Chinese. She focusses on fiction, literary non-fiction, and occasionally poetry, by authors such as Chen Xiwo, Han Dong, Hong Ying, Dorothy Tse, Xinran, Yan Geling and Zhang Ling. When not translating, she spends time promoting contemporary Chinese fiction to the general English-language reader. From June 2015-June 2016, she, along with Eric Abrahamsen, Dave Haysom and Helen Wang, ran READ PAPER REPUBLIC, posting and promoting a free-to-view short story every week for a year, a project which continues to develop. 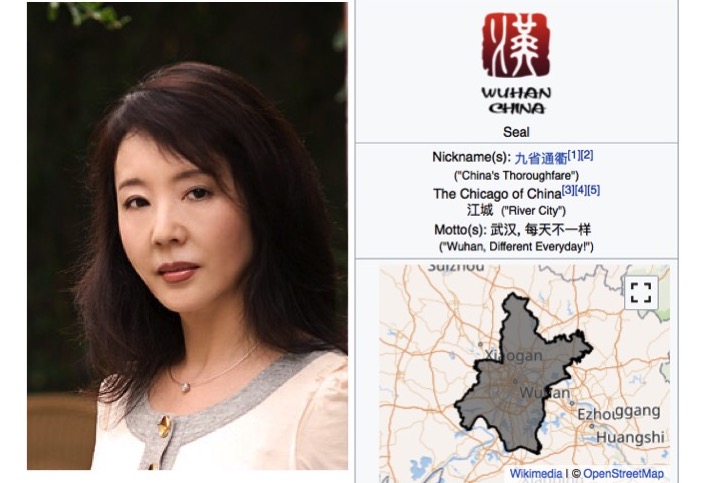 While my heart has been in Wuhan, I have been in Berlin, in self-imposed captivity behind the iron railings of my courtyard. I too have missed the coming of spring. The wildflowers are already out, most recently the forget-me-nots, a swathe of tiny blue flowers, tranquil, a touch melancholy, as if well aware that “forget me not” is a vain hope, given how fickle and forgetful we humans are. How could we not forget? If our people cultivated a good memory, good enough to remember past catastrophes, our memory storage disks would long since have burst.

Fang Fang speaks out about Wuhan: No Gratitude! 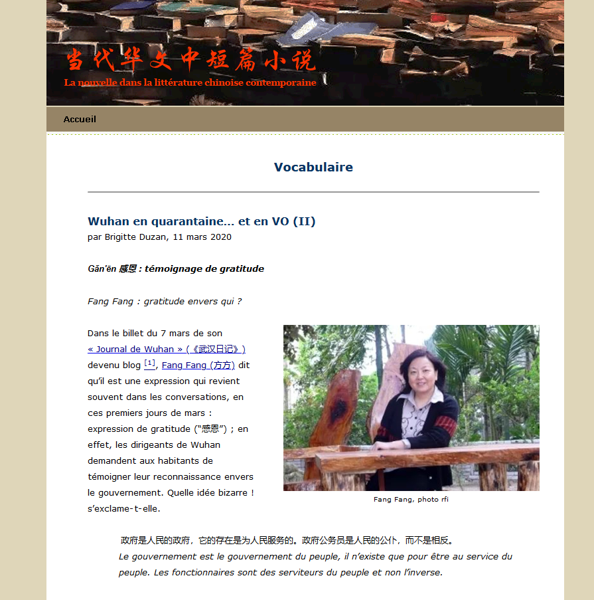 The author Fang Fang has been writing some fiery blog posts since being locked down in her home city of Wuhan. Now, thanks to the brilliant Brigitte Duzan, a couple of these blogs are in French, on Brigitte's website. The original blogs in Chinese (frequently taken down as soon as they went up) have apparently found a more stable home on Caixin. 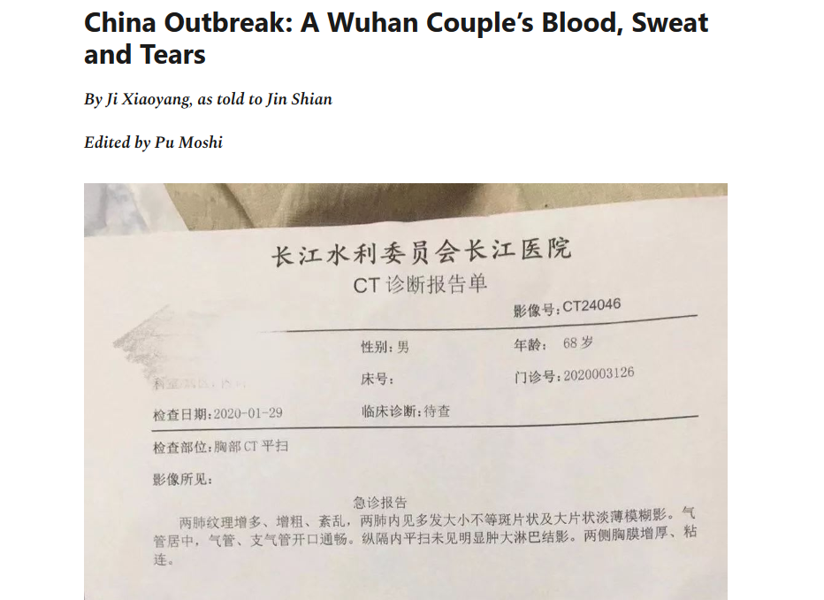 Hong Kong translator and editor Min Lee, formerly of Chinarrative, has launched a separate newsletter spotlighting reader-generated Chinese non-fiction. Gushi focuses on extended essays on everyday life from the general public published in PRC online platforms. The first few issues feature stories set against the coronavirus outbreak in China. Please take a look. If you like what you read, do subscribe and spread the word.

Registration for the Warwick Translates Summer School has now opened! Details here. It takes place 8-12 July 2020 inclusive, and there will be a Chinese-to-English option, led by Nicky Harman. 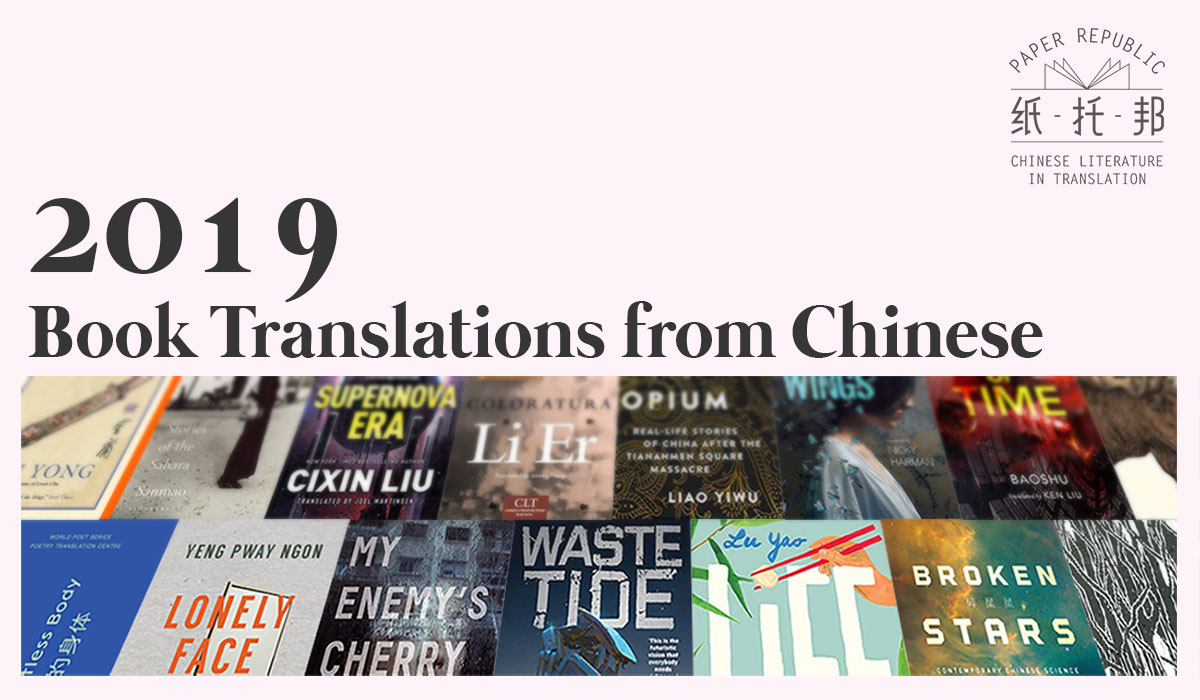 There’s (almost) something for everyone this year – scifi and Singapore fiction have a strong showing, as do pre-modern classics, and even one self-help book. But still, fewer translated works were published in 2019 than in 2018 (31, as against 40-odd in 2018 ) Worst of all, only four of the list below are women writers. Every year, novels that are funny, sharp, moving and entertaining are published in the Chinese-speaking world – there is plenty for publishers and literary agents to seek out. We at Paper Republic continue to work hard to bring our favourite novels to their attention. (Watch out for our list of 2019 publications in Chinese, to be posted next week.) Read on 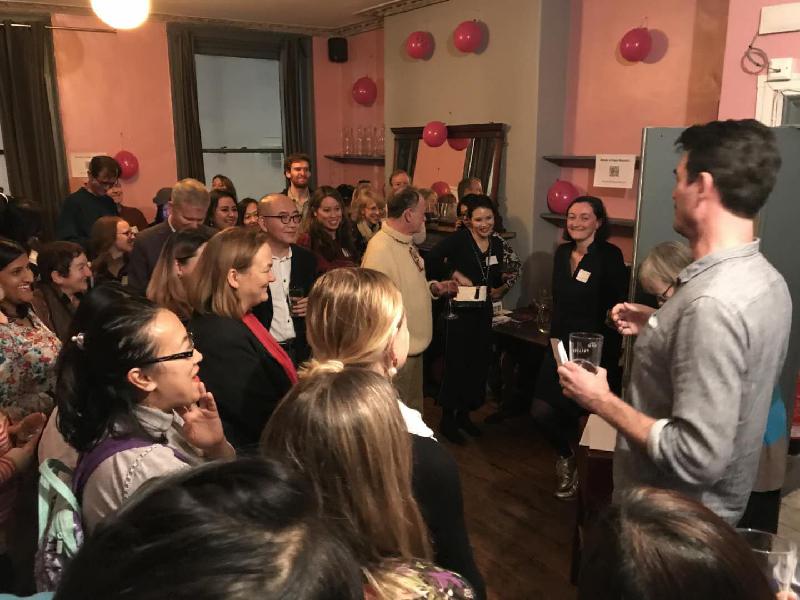 On 29th November 2019, Paper Republic launched as a UK-registered charity promoting Chinese literature in translation. We are, as you may know, a virtual organization, with a team of volunteers spread from America to the UK and China. But to celebrate our new non-profit status, we decided to have a fund-raising party in the literary heart of London. The raffle prizes (tea, maotai, books, books and more books, signed by any of their translators who happened to be present) went like hot cakes, and the pub room was jam-packed and raucous. Inevitably, because our supporters are spread all over the world, there were some familiar faces who couldn’t be there and were sadly missed, though Eric Abrahamsen, our founder and Chair of Trustees, made a special trip over from Seattle. But now we’ve got the party bug, we hope to host more literary parties in the US and China in the near future.

Paper Republic is delighted to announce the publication of a new creative non-fiction essay. This marks the launch of a second series of Read Paper Republic: China Dispatches, a unique three-way collaboration between Paper Republic, One-Way Street Magazine (单读) and the Los Angeles Review of Books’ China Channel. The series focuses on translating the best non-fiction coming from China right now – and making it available online, completely free to read.

The first instalment – “A Fortune-teller in a Modern Metropolis” by Liang Hong – is translated by Michael Day. The essay tells the story of Xian Yi, a man in an old profession that is curiously out of step with modern China.

Chinarrative newsletter - In-depth storytelling from and about China. 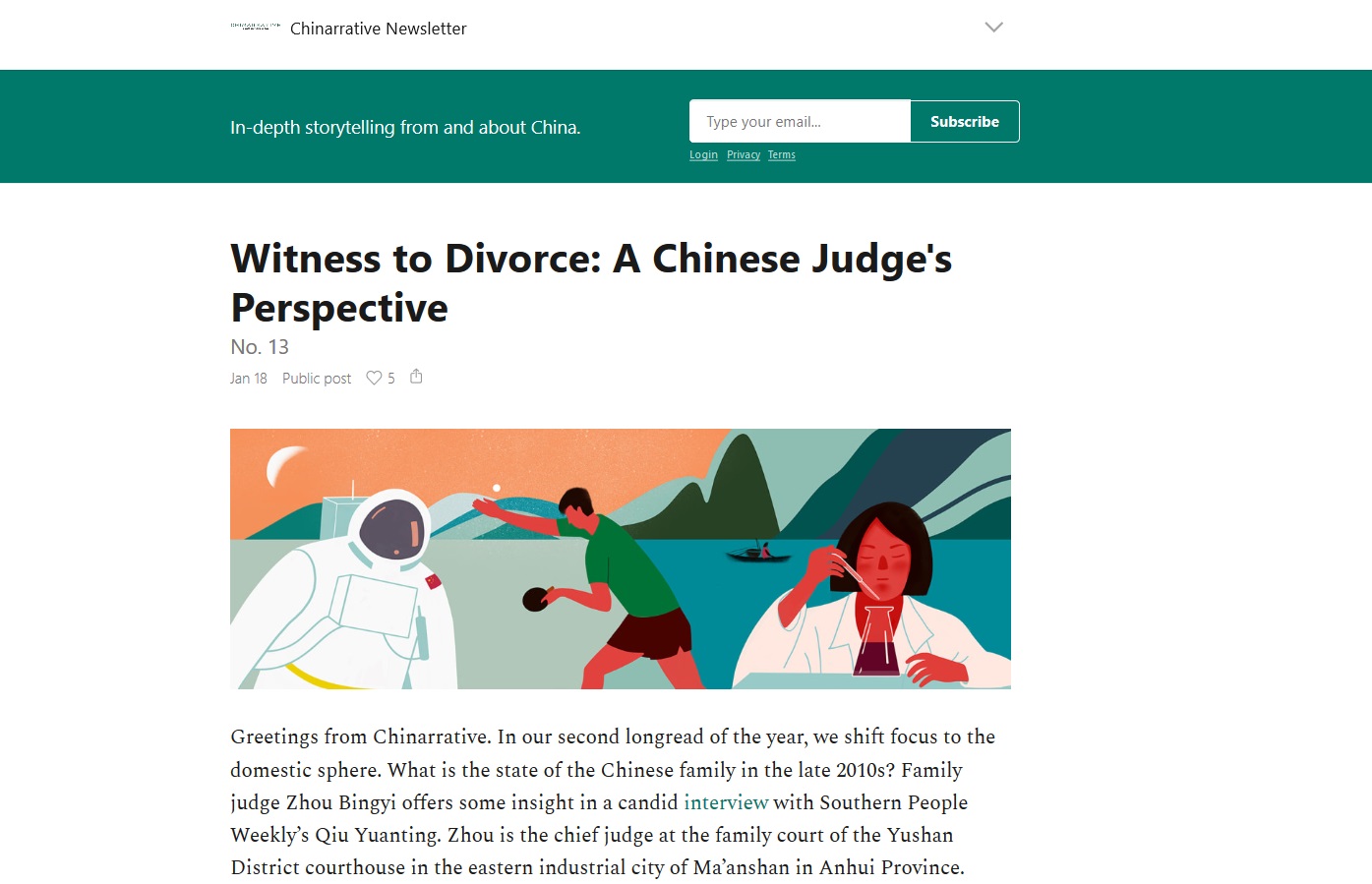 For interested readers, here's an online newsletter, launched May 2018 and now twice-monthly. They feature Chinese longform in translation and also some original English submissions by Chinese authors. The founder and publisher is Colum Murphy, a veteran Asia-based journalist, and Min Lee is the current editor and lead translator. They would love to hear from the translation community, be it comments, suggestions or story ideas. 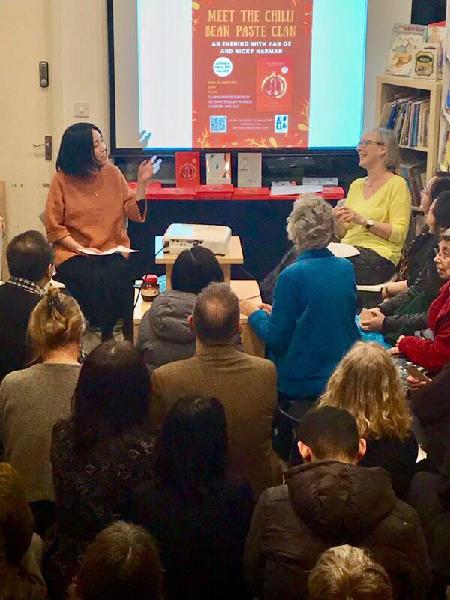 The Guanghwa Bookshop (Shaftesbury Avenue, London) was packed for our "[Un]Happy Family" event with Yan Ge and translator Nicky Harman last night. We talked about Yan Ge's novel The Chilli Bean Paste Clan (in Chinese《我们家》), its complicated characters, and what was in Yan Ge's mind when she created her middle-aged male [anti]hero, when she herself was in her mid-twenties. And we talked about the challenges of translating colourful Pixian Town obscenities into English, a language where swearing is kind of pale by comparison...and much much more. Thank you all for coming!

60 great translations, and more, to celebrate 60 years of the UK Translators Association

The brilliant Charlotte Collins has chosen at least one great translation for each of the last 60 years. Read about them here or on Twitter #TA60, or on Charlotte's Facebook page. And keep following until next June, and like and share, of course. She has unearthed some fascinating nuggets of information about some classic novels.

Roll-call of Book Translations from Chinese in 2018 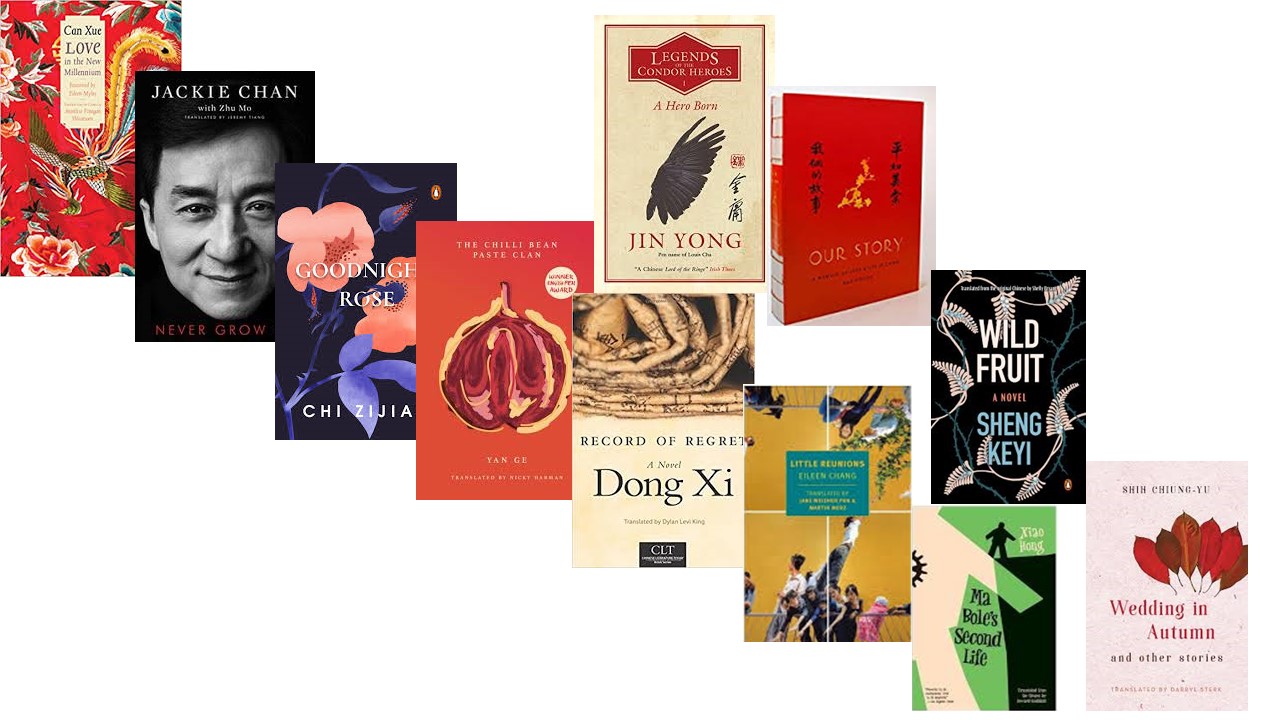 We say this every year, but this really is a bumper crop. From classics to contemporary literature, poetry to scifi to short stories and a beautiful graphic memoir (Rao Pingru), our list this year has nearly forty novels or other book-length works, and six poetry collections.

And some of last year's books have won or been listed for prestigious prizes:

Remains of Life by Wu He, tr. Michael Berry (Columbia University Press), 2017, was shortlisted for the Best Translated Book Award 2018. 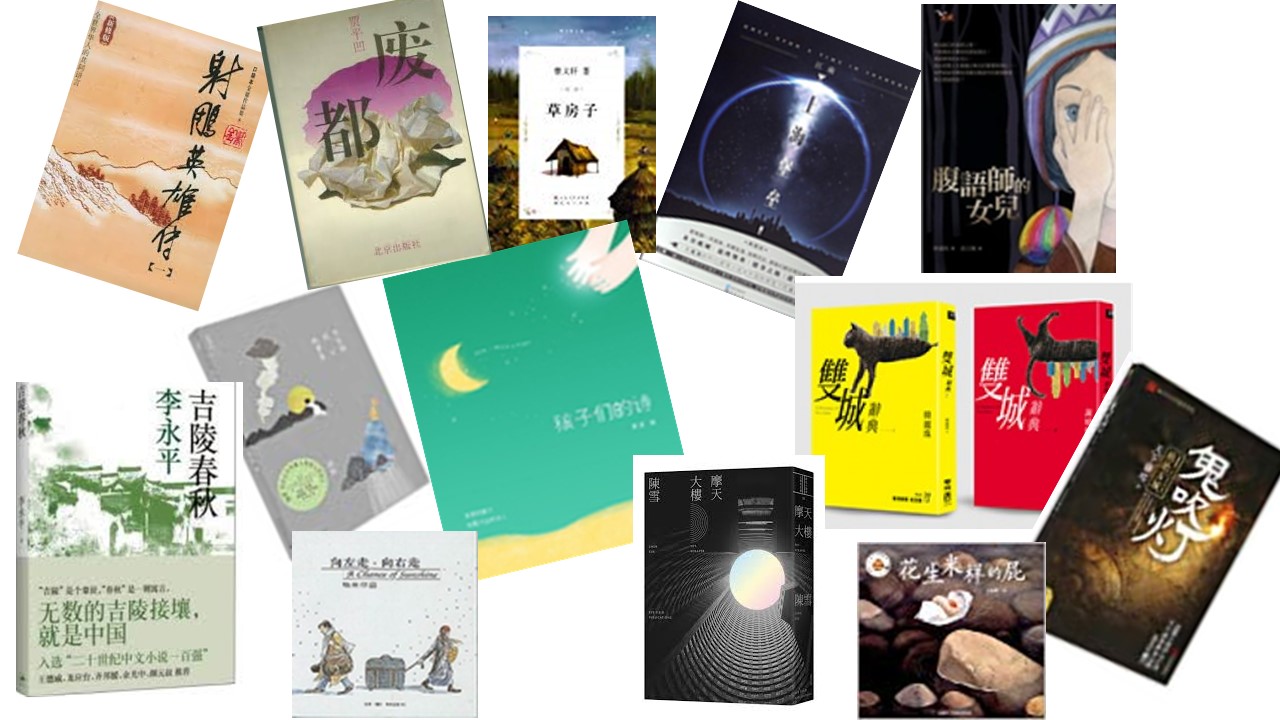 Paper Republic has produced some new resources, for general readers and for librarians. Resources for readers provides guidelines, links and suggestions, all on one page. The resources for Librarians, intended especially for librarians in schools and community groups, has two sections: Stories in the Original Chinese for Schools and Libraries and Chinese Books in English for Schools and Libraries. Check out the clickable links on the left-hand side of this page, under Resources

Flair Shi (施东来）'s review of Condor, focussing on the translation 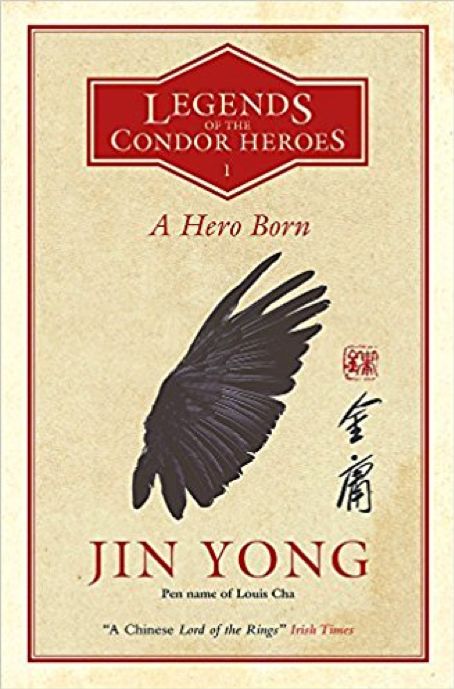 And people think translating Chinese into English is exotic? 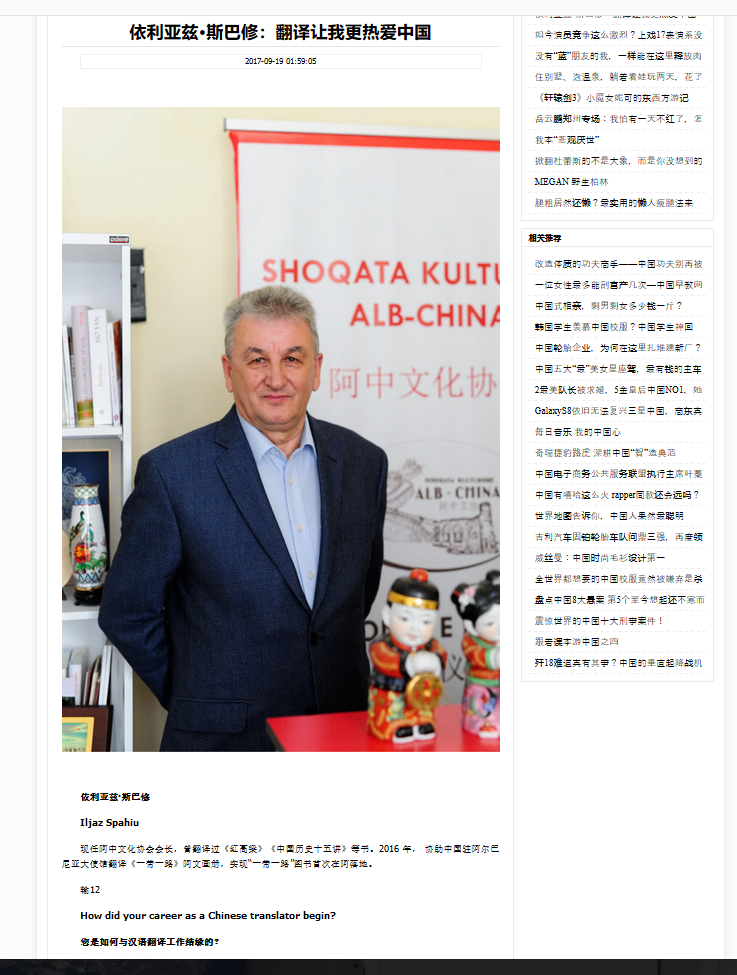 Here's a fascinating interview with Ilir Ikonomi (aka 依利亚兹·斯巴修）, possibly the world's only literary translator from Chinese into Albanian: http://www.zmzjk.com/news/shizheng/201709/1952487.html

Chen Xiwo has some very interesting things to say about his short story 'Pain,' from his collection in translation, The Book of Sins, in a discussion on the Los Angeles Review of Books, with his publisher Harvey Thomlinson, LARB's editorial team, and me, Book of Sins translator.