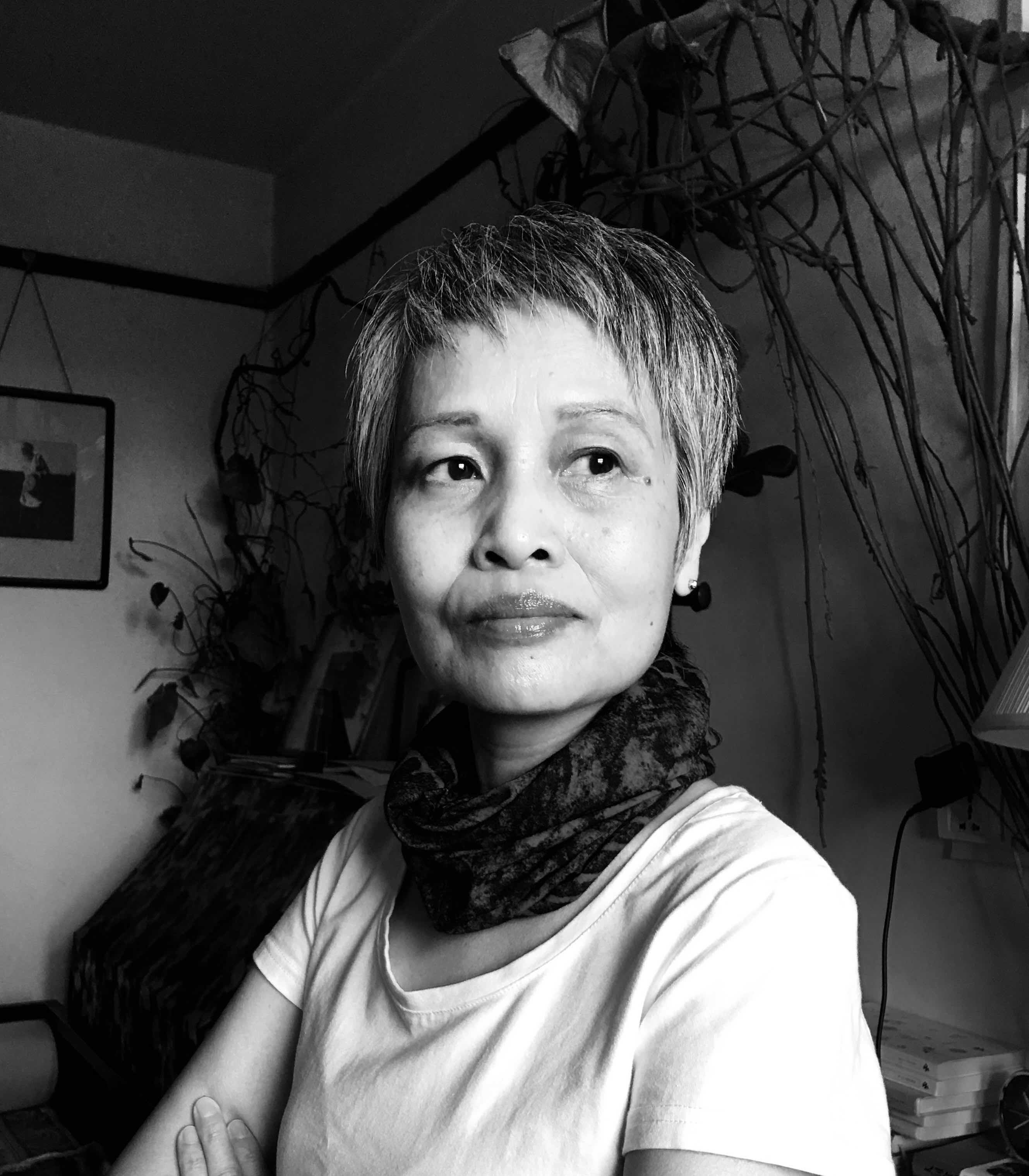 Lin Bai was born in Guangxi Province in 1958 and graduated in library sciences at Wuhan University. She worked as a librarian, a reader for a state film studio and a newspaper journalist, before beginning to write full-time. She has nine novels, as well as novellas, short stories, essays, and collections of poetry to her credit. The novel A War of One’s Own (1994) was an instant success and established her as a pioneering writer of women’s literature in China. In 1998, Lin Bai won the first Chinese Women's Prize for Fiction. She was named “Novelist of the Year” by the Chinese Literature Media Prize in 2004 for the novel, The Words of Village Wives.

Her A War of One's Own depicts the life of a young woman from southern China as she comes to understand herself physically and psychologically. Another novel, The Words of Village Wives, published in 2005, tells the stories of female characters in the Chinese countryside through a series of interviews and fictional conversations.In 2013, her latest novel, The Chronicle of My life in the North, won the prestigious Lao She Literature Prize. She lives in Beijing.

Lin Bai's work comes as close to the Western-defined "women's literature" and "literature of the body" as any Chinese author has so far. Female sexuality and homosexuality are common themes in her work, which is sometimes heavily autobiographical.

None of Lin Bai's novels have yet been published in English. The rights to A War of One's Own are held by Peng Lun (penglun@archipelpress.com) of Archipel Press, Shanghai.