Eric also runs a US-based company called Coal Hill Books which provides rights agency and publishing consulting for Chinese and international publishers seeking to do business with each other. You can reach him there at eric@coalhillbooks.com.

From the press release:

Juror Eric Abrahamsen said of the winner, “Yan’s writing does for the Chinese heartland what John Steinbeck did for the American West, or Thomas Hardy for Southwest England…he remains vitally invested in the ethical responsibility of the author. Though it has been demonstrated to him again and again that his explorations of China’s historical trauma are not welcome, he seems not to take the hint, and persists in laying bare what he sees as the original sins of modern Chinese society…His stubbornness, and the perpetual freshness of his sorrow over historical tragedy, are worthy of respect.”

See below for the full text of the press release.

So if you'll recall, Paper Republic partnered up with Leeds University to do a mass co-translation plus online workshop to add a little spice to our current Read Paper Republic series (called "Epidemic").

To everyone's surprise and delight, we got a total of 124 participants from around the world, each giving us their rendering of an essay by Deng Anqing.

We scrambled into technical competence, setting up four Zoom meetings in three different time zones, and leading translation workshops with the goal of producing a readable consensus text. We're still in the process of editing that particular Frankenstein – look for it to be published next Thursday, May 21st – but in the meantime we made a (very) short video about the process, also on Zoom, natch. Enjoy!

In Search of New Team Members: A Call to Arms

Paper Republic has moved into a new era. Our mission is to promote Chinese literature in English translation, focussing on new writing from contemporary Chinese writers, and we recently registered as a charity in the UK, registration number 1182259. New era, new ambitions. We're growing, and we need new people to join our non-profit management team.

What will you get out of it?

If you're interested, please drop us a note (and a CV) via email: info@paper-republic.org 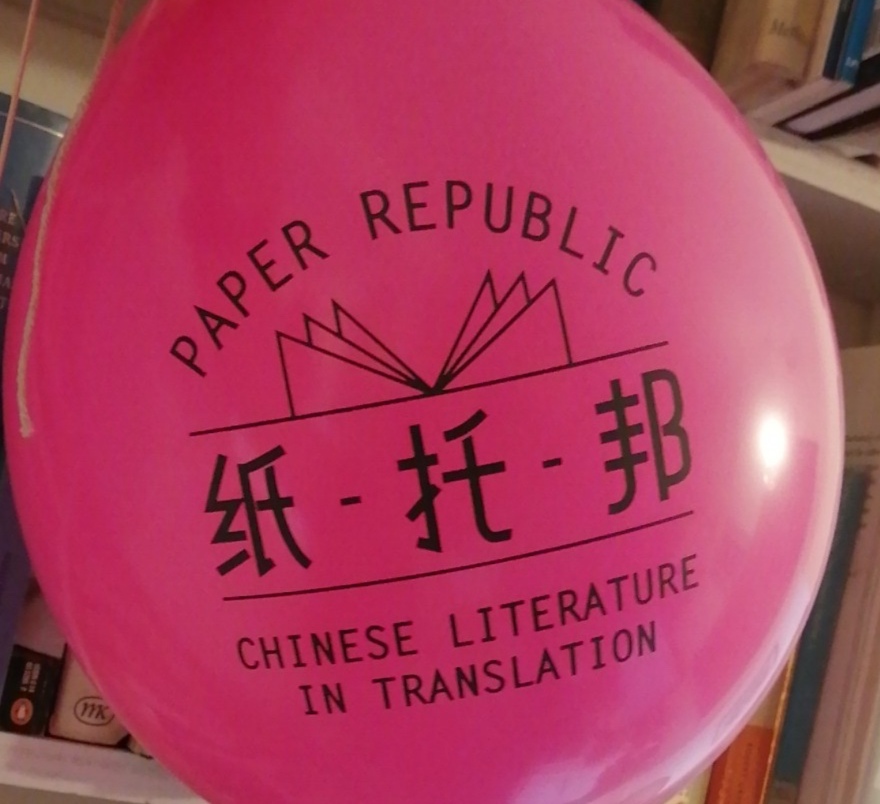 Paper Republic has been through several incarnations during our twelve years of operation – from the early days of translators drinking cheap beer in Beijing, to the brainstorming session in the back room of the Beijing Bookworm where we came up with the name “Paper Republic”, to the first dog-slow Wordpress site. We started off as a place for translators to talk to each other, and soon transitioned into a platform for helping people learn about Chinese literature.

Over those twelve years we’ve done a whole lot of different stuff, almost all on a volunteer basis. Literature database; translation services; thought-provoking blog posts; online reading; magazine production; literary agency; publishing consulting; publishing fellowship; literary festivals. At some point we started feeling a little dizzy, and it seemed increasingly important to regroup a bit according to our original goals: to bring the best works of Chinese literature into English; to support emerging translators; and to maintain the internet’s best resource for Chinese literature.

We realized that these goals are essentially non-profit in nature, and that it didn't make much sense to try to run Paper Republic as a regular company. The solution: to register as a non-profit! More specifically, as a Charitable Incorporated Organization, based in the UK.

We set up the charity this year. We have a great group of trustees who oversee what we do and bring us the benefit of their experience, and our management team continues to work on projects, mostly as volunteers. You can see a little more background at our about page, and meet the gang here. If you’d like to support us via Paypal, we’d be thrilled.

Meanwhile, a few of our more commercially-oriented projects – Pathlight magazine, publishing consulting, and literary agency – will go to a US company we’re calling Coal Hill Books. Feel free to get in touch if you’d like to know more.

Lastly, if you’re in London, watch this space for an announcement of a launch party, with wine and books and balloons and all other things necessary for a literary get-together. We hope you’ll join us and celebrate!

The National Consortium for Teaching about Asia administers the Freeman Book Award, given to a children's or young adult book from or about an Asian countries, which has potential to be used in an educational setting. Books must be in or translated into English, and published in the US in the past year. The next submissions deadline is August 31st, 2019.

See this link for details. 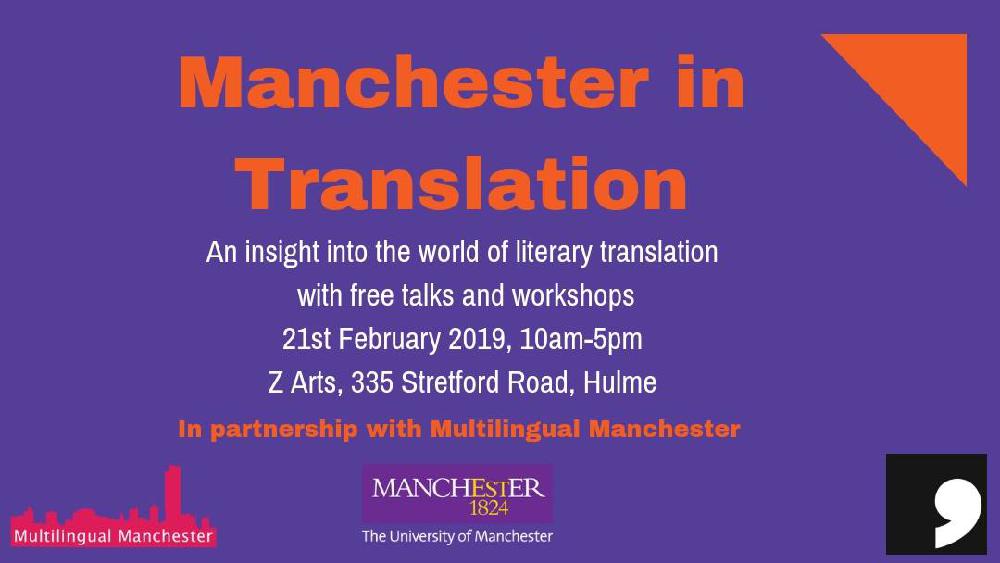 Comma Press, based in Manchester, is putting on a one-day translation event together with Multilingual Manchester, part of the University of Manchester.

Helen Wang will be leading the Chinese workshop, so sign up now! It's free. More details here.

Pathlight Magazine, a Paper Republic publication, is looking for a new Managing Editor!

The position is about half time (though sometimes busier than others), and based in Beijing. You will be working together (mostly remotely) with Paper Republic editors, and with People’s Literature Magazine, our Chinese partners. Responsibilities include:

We’ll provide translator and editor resources, and help connect you with everyone you need to talk to.

Salary is paid per issue, and is competitive.

Suggestions for Our Database

Spurred by Three Percent's new searchable database of translations, in particular the ability to add new or missing titles, I've finally gotten around to finishing the first version of a similar "suggestions" function for the Paper Republic database of translated Chinese literature.

You can find the "Suggest an addition" link on the left-hand side of the PR pages, or follow this link directly. Right now it's limited to suggesting works of literature (though there's a write-in field for authors who aren't in the database), but I hope to eventually expand the options. If you're adding new works of literature to the database, please remember that Chinese originals and English translations have equal standing, so make two suggestions.

And thanks! If you have any suggestions about the suggestion (meta-suggestions!), please leave them in comments on this post.

Deadline is March 1st, 2018 for the Vermont Studio Center/Luce Foundation Chinese Poetry & Translation Fellowships. Five poets and five translators can travel to Vermont for a four-week residency to work on poetry and poetry translation. See this link for details, and information on past fellows.

China's domestic literary prizes are often viewed with uncertainty from abroad: Who runs them? Are they trustworthy? How are the different prizes specialized? Which should we be paying attention to? We've asked Chen Dongmei, who usually exerts her influence behind the scenes, to step forward and give us a rundown of prizes for adult and children's literature, to try to shed some light on these questions.

The following post, part of our Global Literature in Libraries Initiative series, is an email interview with Ken Liu, author and translator of science fiction. Apart from his own fiction Ken is best known around here as the translator of volumes I and III of the Three Body Problem, together with Joel Martinsen, and Clarkesworld magazine's in-depth interest in Chinese science fiction. We talked to him about what Chinese sci-fi has to offer -- take a look!**

Zhang Lijia, author of Socialism is Great!, is talking about her first novel, Lotus, February 1 7pm at the NY Barnes & Noble, 82nd and Broadway. See this link for more information, and stop by if you're in town!

From the event blurb: Inspired by the secret life of author Lijia Zhang's grandmother, Lotus follows a young woman torn between past traditions and modern desires as she carves out a life for herself in China's "City of Sins." This perceptive, sensitive novel examines what it means to be an individual in a society that praises restraint in and obedience from its women. 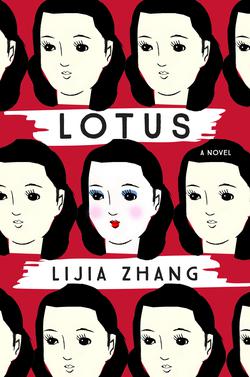 The wonderful people over at the Global Literature in Libraries Initiative have designated February as China month, and have asked us to help! So for a whole month, we'll be posting on the GLLI site and on Paper Republic. First post - for the GLLI readers - what is Paper Republic? Who are we and what do we do?

We've put together a little video retrospective of last August's Beijing International Book Fair Literary Salons, you can see the video below.

It's a bit bittersweet, coming soon after the Bookworm Literary Festival announced its own difficulties. These are hard times for art and culture in China, and we hope to see them back on their feet soon!

Ge Fei's new English novel, The Invisibility Cloak, translated by our own Canaan Morse, is out next week, published by The New York Review of Books Press next week. Ge Fei is visiting the Big Apple and environs, and those of you in Manhattan or Brooklyn have three chances to see him talk about his new book!

If you're in town, take the opportunity to see Ge Fei talk! He's a great writer, a great big brain, and a wonderful speaker.