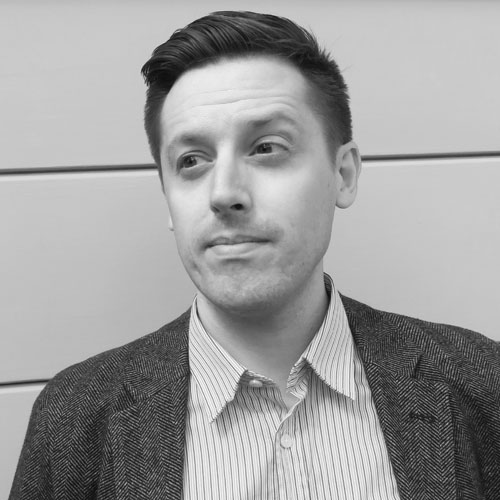 Dave Haysom is a literary translator and editor who has been living in Beijing since 2007. He first started publishing translations online at spittingdog.net in 2012. In 2014 he became joint managing editor of Pathlight, a quarterly journal of Chinese literature in translation, and in 2015 he helped launch “Read Paper Republic”, a year-long initiative to publish one translation online every week. He has also written articles and essays on contemporary Chinese literature for publications such as Words Without Borders and China Dialogue. 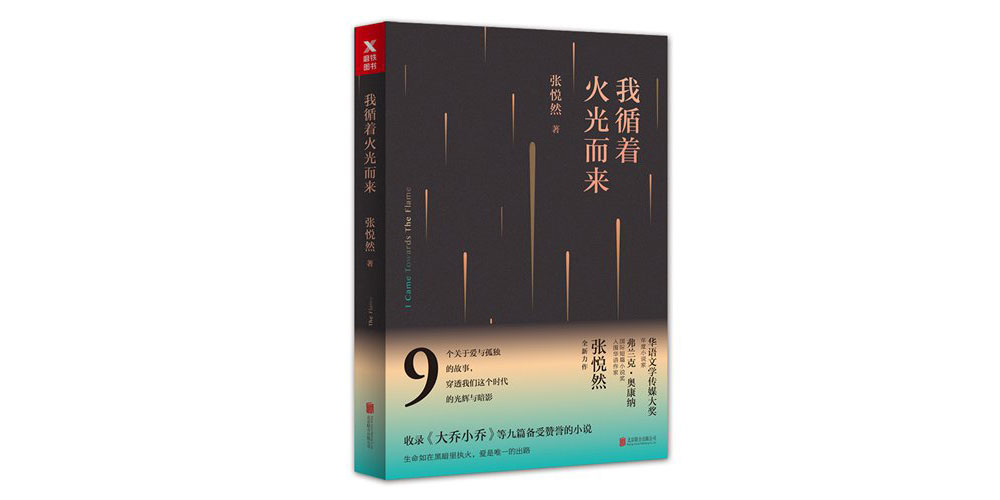 Following last year's novel《茧》(Cocoon), Zhang Yueran has a new volume of stories entitled 《我循着火光而来》 (I Came Towards the Flame). An event to mark the launch last Sunday featured Zhang Yueran in conversation with Su Tong, and various other appearances by video – including author Lu Nei and translator (and friend of Paper Republic!) Anna Gustafsson Chen.

What is this thing you call “Chinese Literature”?
“Chinese literature” is often a conveniently nebulous term that means different things to different people. It can refer to China as a geographical or political entity – except not everyone agrees on what that is. Or it can be a linguistic description, referring to what is sometimes called the “Sinosphere” – except there’s no undisputed definition of what exactly constitutes a language. Depending on where you draw your line, “Chinese literature” may or may not encompass: mainland China, Taiwan, Hong Kong, Macau, Singapore, Malaysia, diaspora authors writing in Chinese, diaspora authors writing in English, and ethnic minority authors writing in completely different languages (such as Tibetan, Mongolian, or Manchu). Many of them would reject the label of “Chinese literature”, and its capacity to cause offence (and incite semantic spats) is far greater than its descriptive utility. And yet, for the sake of convenience, we do need to have some kind of term to refer to this thing we are all interested in, and “Chinese literature” is the best we currently have.

“I like the idea that you could have actual readable pieces hanging off the database, like ornaments on a Christmas tree. So as you go browsing, you also find things to read.”
“This is something I’m really keen on!”
“A catchy title would help, e.g. #TranslationThursday Weekly Story. (Sorry, that's not very catchy.)”
“We don't necessarily need a catchy name of our own – I think just calling it something like "Paper Republic's Translation of the Week" would work fine.”
“I've been using ‘read’ as a name for things in the backend of the site, and wonder if ‘Read Paper Republic’ might be an okay series title.”
“I like it!”

Megacity Fictions aims to investigate how writers and artists are responding to vast cityscapes which mutate and spread at unparalleled rates, often displaying extremes of global wealth and poverty; vertical towers built on new economic wealth surrounded by sprawls of immigrant slums. Submissions in creative non-fiction, fiction, ficto-critical writing and photography, exploring particular megacities, or the concept of massive urban hubs in general, are all invited.

If you're interested in submitting work or volunteering your services as a translator then you can get in touch by email (megacityfictions@gmail.com), or via the form at the Megacity Fictions page here.

Metropolises such as Shanghai, Beijing and Guangzhou are all fairly well represented in fiction... but what about the likes of Wuhan and Tianjin? Any ideas?

Following a brief period of dormancy, Read Paper Republic will be reanimated next Thursday (just in time for Halloween!) with a limited run of six new tales in which death is merely the beginning of the story. Every week, one of these stories – populated with ghosts, memories, and otherworldly reincarnations – will be appearing right here, and they will be completely free to read.

We also have some upcoming events happening in London which we'll be announcing soon – watch this space...

From the Newman Prize homepage:

While the deliberations were tough, after a process of positive elimination voting Wang Anyi emerged as the winner. Wang Anyi’s nominator, Dai Jinhua (戴锦华, Peking University), writes in her nomination statement: “Over the past thirty or more years, Wang Anyi has continuously transformed her writing and altered her literary directions to produce a spectacular array of works, through which she has created a sort of reality of Chinese-language literature, a city in literature, or even a nation in literature.”

Nutshell, Ian McEwan’s new novel, is narrated by a sentient foetus who listens in on the Hamlet inspired machinations of his mother’s plot to murder his father. In a Guardian interview, McEwan says he is not aware of any story yet written from the perspective of an unborn child:

“And yet it seemed obvious once I started it.” The idea came to him one day from nowhere, while he was daydreaming. “Suddenly there appeared before me the opening sentence of the novel, which I don’t think I’ve changed, apart from adding ‘So’ in front of it: ‘So, here I am upside down in a woman.’ I thought, who on Earth would say such a thing? Then I immediately thought it would be a lovely rhetorical challenge to write a novel from the point of view of a foetus. The idea struck me as so silly that I just couldn’t resist it.”

Well, 李洱 Li Er, for one, has beaten him to it, with his story 《你在哪》 (translated by Joshua Dyer as “Where Are You?” in the Summer 2015 issue of Pathlight). Here’s how it begins:

Where are you, she asks.

I’ve been here all along. She must be completely blind now. I reach out to touch her. I feel her chest and notice her heartbeat is irregular, sometimes stopping altogether. She lets me touch her ears. I find a thick, sticky pus leaking out.

Reading and books have played a huge role in my life since 1974, when I was 10 years old and the Cultural Revolution was still (underway). That year, through an “underground channel,” I got access to Western classics for the first time. Five years later, the Chinese door was wide open and all kinds of books were flooding in. The influence of existentialism and modernist literature began to exert (itself) on the younger generation.
—interview with 薛忆沩 Xue Yiwei in the Montreal Gazette.

Ken Liu's translation of the Xue Yiwei story "The Taxi Driver" appeared in the Winter 2012 issue of Pathlight. "God's Chosen Photographer", translated by Roddy Flagg, will appear in a forthcoming issue.

Shenzheners, a collection of short stories by Xue Yiwei (translated by Darryl Sterk) is out next month. 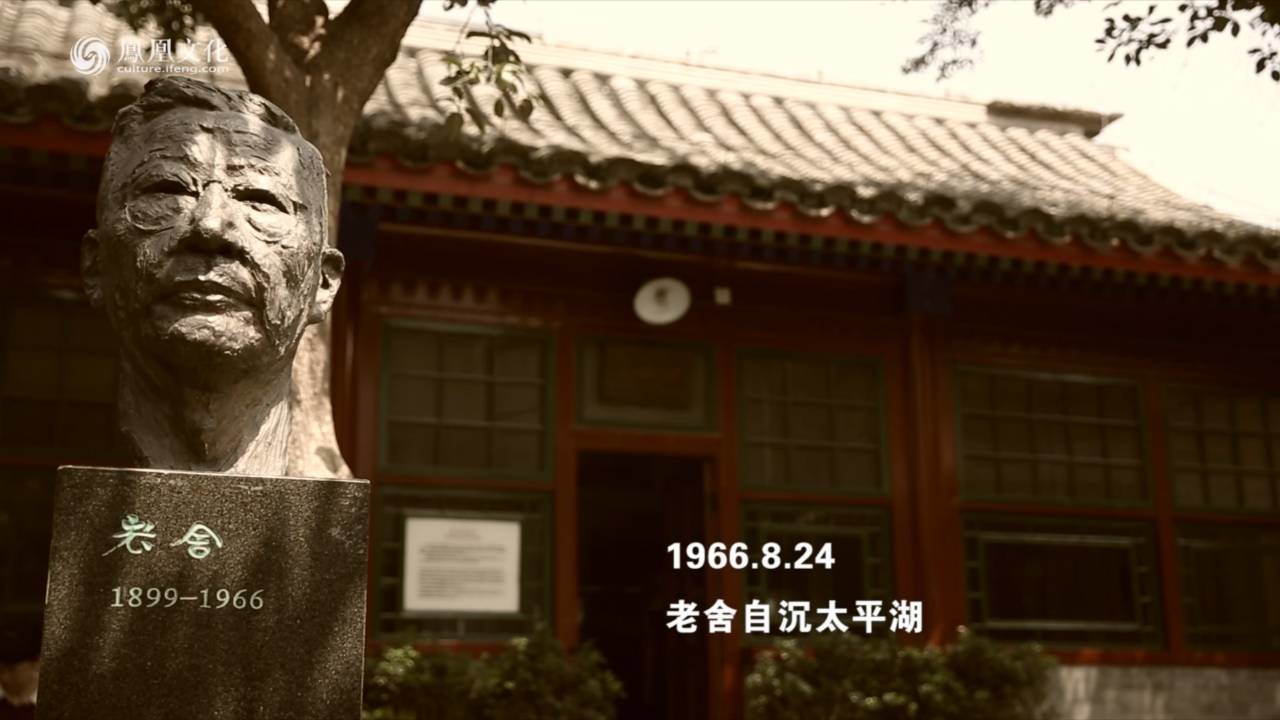 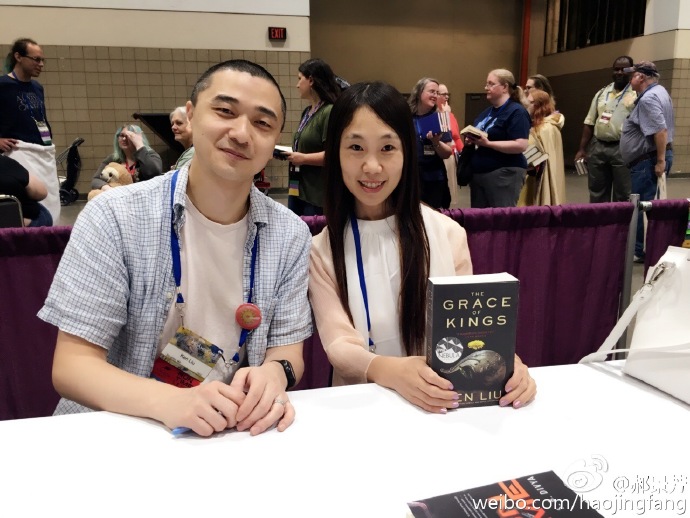 The literary journal Harvest has an online “youth” edition. At the end of April they announced on their official Weibo account that literary enthusiasts could now submit writing through an app called “Hangju” (行距). Furthermore, editors from Harvest would be using the app to offer guidance to writers. In its first ten days online, Hangju received over 600 submissions, the majority of which were passed on to Harvest. Author Wang Ruohan (汪若菡), recipient of the 2011 People’s Literature Novella Award, was amongst those who submitted work. He said the chance to get input from literary editors was his main reason for using the platform. “Writing is like navigating an ocean,” he says, especially for short story writers, who can lose their bearings completely when embarking on a novel. “I got to 60,000 characters in my first full-length novel before realising something had gone wrong, and there was nothing for it but to chuck it in the trash.” There is no more pressing issue when attempting to write than finding the guidance of a reliable editor.

We are delighted to announce the results of the 2016 Bai Meigui translation competition, a collaboration between Paper Republic and the Writing Chinese project at Leeds University. Over 80 entrants submitted translations of the competition text by 李静睿 Li Jingrui, and it was only after lengthy deliberation (and the occasional threat of violence) that the judges were able to narrow the shortlist down to just one winner and runner-up: