Novelist and short story writer Li Er was born 1966 in Henan Province. Despite his modest claim to be a "not very prolific" author, he has published five story collections, two novels and approximately 50 novellas and short stories - most of them within the last decade. His work appears regularly in Zuojia, Shouhuo, Huacheng, Shucheng, Dajia, Renmin Wenxue, Shanhua, Shidai Wenxue and a variety of other mainland literary journals. Although Li Er is still relatively unknown outside of China, he is widely respected in Chinese literary circles and has acquired a passionate - one might even say rabid - fan base of highly literate and intellectual readers. He has also attracted a great deal of attention among literary critics and academics for his stylistically innovative prose. Li Er's second novel, Cherry on a Pomegranate Tree has been translated into German. His stunning debut novel Huaqiang [Truth and Variations], which explores the fate of the individual in contemporary China and the problematic quest for "historical truth", is currently being translated into English and will be published as part of the Oklahoma University Press "Chinese Literature Today" series, which also includes work by Nobel laureate Mo Yan. 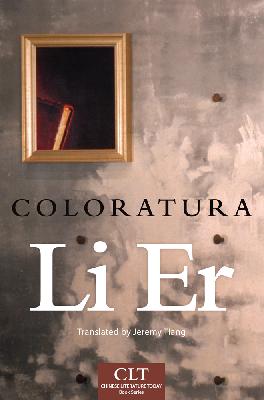