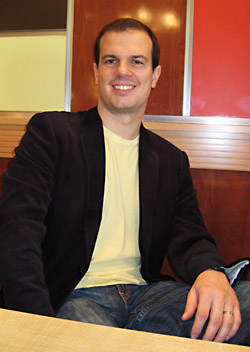 Or they get translated better, if not more—at least in 2014. Now that prize season is upon us, we get a chance to see which, if any, Chinese writers in translation are making an impression on the judges. This year, with Best Translated Book Award fiction longlist nominations for Can Xue 残雪, Qiu Miaojin 邱妙津, and Dorothy Tse 謝曉虹, a Best Translated Book Award longlisting in poetry for Hsia Yü 夏宇, a Griffin Prize shortlisting for Wang Xiaoni 王小妮, and a Newman Prize for Chinese Literature for Chu T’ien-wen朱天文, two points pop out: all nominees are women, and of the six a stark majority are from outside the PRC—which means some would call them “sinophone,” a potentially broader category than just “Chinese.”*

What is Chinese Literature?

As noted earlier, 2014 produced a "bumper crop" of Chinese literature translations in English, but almost all the titles listed are of contemporary fiction and poetry by living or recently deceased writers (and at least one of those titles won't be released until sometime in 2015).*

Yet 2014 also saw the publication of some very significant bronze age works. While China may not have the five thousand-year history the cultural nationalists claim for it, its written history does extend about three thousand years, with texts from that era serving as reference for intellectuals and underpinning longstanding habits of belief. Three of those texts are now available in major new English translations:

Anarchist Anthropology, Happy Fish, and Translation: Where do you get that?

At the end of his new article, “What’s the Point If We Can’t Have Fun?,” David Graeber, anarchist anthropologist and public intellectual, writes: "Years ago, when I taught at Yale, I would sometimes assign a reading containing a famous Taoist story. I offered an automatic “A” to any student who could tell me why the last line made sense. (None ever succeeded.)" The story as Graeber quotes it:

Zhuangzi and Huizi were strolling on a bridge over the River Hao, when the former observed, “See how the minnows dart between the rocks! Such is the happiness of fishes.”

“You not being a fish,” said Huizi, “how can you possibly know what makes fish happy?”

“And you not being I,” said Zhuangzi, “how can you know that I don’t know what makes fish happy?”

“Let us go back,” said Zhuangzi, “to your original question. You asked me how I knew what makes fish happy. The very fact you asked shows that you knew I knew—as I did know, from my own feelings on this bridge.”

Graeber admits, in a manner of speaking, that he would have had a hard time earning the “automatic ‘A’” himself. “After thinking about the story for years,” though, he concludes that Zhuangzi shows “himself to be defeated by his logician friend” as a form of play—“arguing about the fish, we are doing exactly what the fish are doing: having fun, doing something we do well for the sheer pleasure of doing it.”

Graeber’s is a compelling answer, but it’s not quite right.

In my letter to the MCLC list in support of Jonathan Stalling’s complaint that Xiao Jiwei’s LARB review of Mo Yan’s Sandalwood Death didn’t mention translator Howard Goldblatt, I wrote,

the quantity and quality of translations from Chinese to English (by which I mean primarily, but not only, literary translations) cannot be separated from questions of how our societies approach translation in general. And a big part of that is how we treat translators: are translators acknowledged? Do translators get paid well for their work, get their names on the covers of their books, have their work credited when up for promotion or tenure? In short, are there incentives in our society for people to work as translators? And do our conversations about translation reflect a general understanding of the work translation involves, its importance, its difficulty, its shortcomings, its possibilities?

I concluded, “I do not agree that we can address or redress the general indifference to Mo Yan or Chinese literature, or that we can bridge contemporary Chinese literature and the world, without talking about translation … I hope we can combat that, for the benefit not only of Mo Yan or Howard Goldblatt, but for the benefit of our profession and fields of teaching and research.” In light of responses such as Jeffrey Wasserstrom’s, comparing translators to other figures who might get left out of reviews, such as book editors or cinematographers, I thought I’d delve a little deeper into my sense of why discussion of translation is an important part of the program for advocating for more and better translations.

The Guardian's 1000 novels everyone must read: the definitive list

UK's The Guardian is out with a set of "1000 novels everyone must read: the definitive list"--and this is definitive, people, so if you haven't read a thousand novels in your lifetime, or not these particular thousand novels, then really there's no accounting for you.

The Guardian doesn't let on what's going to happen if you don't read these novels, but let's just say I don't want to be around to find out (fortunately, the list isn't titled "must read before you die," as some are, so that should buy us all a bit more time).

Anyway, as you may recall, I raised a stink about Flavorwire's "50 Works of Fiction in Translation That Every English Speaker Should Read" not including a single work in Chinese. Fortunately, Chinese fiction fares better when it comes to the top thousand in any language: two whole novels! That's 0.2% of the best long fiction written in the history of the world! Chinese fiction isn't in such bad shape, after all!

By now you've probably seen Flavorwire's 50 Works of Fiction in Translation That Every English Speaker Should Read. I found it presumptuously titled, annoyingly laid out, and repetitively repetitive in its tastemaking, but at least it covers the standards, some works I've been meaning to read, and some books I'm glad to be introduced to (I get annoyed by the privileging of fiction over other literary genres, but novels serve at least to limit the selection criteria).
But evidently Jason Diamond, who compiled the list, doesn't believe the fiction of the world's longest-standing civilization, its most populous country, and a rising power on the global stage (with two Nobel literature laureates in the last fifteen years) deserves to be read by every English speaker. Among the fifty novels listed, with many repeats of Russian, Spanish, French, and German, not a single one was written in Chinese or by a Chinese writer.

Why is the accepted English translation of 八零后 "post-80s"? Don't believe me? Take a look at Wikipedia, which sets the standard for everything: Post-80s. And here's a China Daily headline--they know all, too: False impression of post-80s kids.

But correct me if I'm wrong... "post-80s" in English means someone born after the eighties--so, the nineties? If you really want to talk about someone born after 1980, you don't say "post-eighties," but "post-eighty." Right? Unless it's supposed to be a plural referring not to the decade of the eighties, but to people born in that generation, as in, "I'm a post-seventy, but you guys are a bunch of post-eighty's." But based on the China Daily headline, above (and the rest of how people throw this term around), that's not what anyone says.

Until now. I say we start a campaign (no, no slogans or red books necessary) to rectify the name and start talking about the "post-80" generation, and the "post-90 generation." The revolution starts with Paper Republic.

To promote my forthcoming translations of the poetry of Xi Chuan 西川, Notes on the Mosquito (New Directions, 2012), I have set up the following blog: xichuanpoetry.com.

The newest news is that,

Xi Chuan 西川 and Zhou Zan 周瓒 will be on a US reading tour from Sept. 29 to Oct. 12 to promote the publication of the NEA Anthology Push Open the Window: Contemporary Poetry from China.

My co-translation with Clayton Eshleman of Endure: Poems by Bei Dao is now out by Black Widow Press in a special edition by arrangement with New Directions, limited to 1200 copies (so hurry before they're gone!)--contact Black Widow for yours!

Of particular interest to readers of Paper Republic may be the appendix,

A Good Translation of a Bad Poem?

Here is one of my least favorite poems in the standard anthology, The Three Hundred Poems of the Tang Dynasty 唐詩三百首, by Meng Haoran 孟浩然 (c. 689 – 740):

It’s one of my least favorite poems* for a number of reasons:

Granted, this post has little to do with China aside from the tangential fact that it involves a question whose stated purpose was for views on Chinese contracts in the Congo.

By now we have all heard of, if not seen clips of, Hillary Clinton's sharp retort to the question, "What does Mr. Clinton think, through the mouth of Mrs. Clinton?” Think what you may of the Secretary of State's reaction, I think we should also pay some attention to the fact that, in the words of the New York Times blog, the video came "packaged in reports, like one from Kirit Radia of ABC News, stating that 'apparently the translator made a mistake.'"

I've been a casual follower of Chinese - English and English - Chinese translation issues involving The Onion (America's Finest News Source) ever since a 2002 article about American Congresspeople wanting to move from the Capitol building was re-printed in the Beijing Evening News 北京晚报.

Then there was the report from the Onion News Network about China becoming "the world's number one producer of air pollution": "It is a very proud day for my country," says the ambassador from China.

And now The Onion reports that it has been sold "To The Chinese."

My review of Eileen Chow & Carlos Rojas's translation of Brothers 兄弟 by Yú Huá 余華 is out, printed in this summer's edition of Rain Taxi.

Since it's only available in print, you'll have to order a copy from the website or else pick up an issue--for free--where available. They're often on offer at independent bookstores in North America.