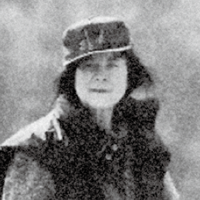 Born in 1927, Li Zhao adopted her childhood diminutive “Hui Wa” as a pen name when she started writing poetry. Forced to move from Xi’an to the Shaanxi countryside by the outbreak of World War II, she later relocated to Yan’an to attend school. Her ill health in the forties and fifties meant moving between Nanjing and Beijing for treatment. In 1955 she enrolled at Peking University to study Russian, but her subsequent career as a translator was cut short by illness. Her collection Mountain Ghosts’ Old Home was originally published in 1997.