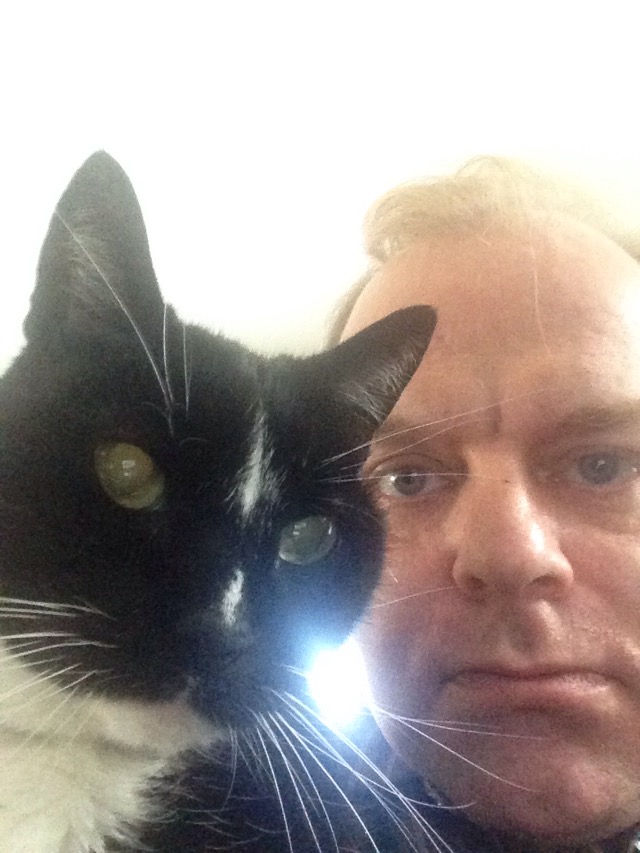 Charles A. Laughlin is from Minneapolis. He has a PhD in Chinese literature from Columbia University, and is currently Weedon Professor of East Asian Studies at the University of Virginia. He has published extensively on Chinese literature from the 1920s-1960s, including two books: Chinese Reportage: The Aesthetics of Historical Experience (Duke, 2002) and The Literature of Leisure and Chinese Modernity (Hawai’i, 2008). Laughlin has also published translations of poetry and prose by Yang Lian, Li Peifu, Ma Lan, and Song Lin, and the short stories "The Blessings of Good Fortune" by Guo Wenbin and "Song of Liangzhou" by Ge Fei, and is co-editor of By The River: Seven Contemporary Chinese Novellas published by Oklahoma University Press, which includes his introductory essay on the novella in Chinese culture and his translations of Jiang Yun's "Beloved Tree," Li Tie's "Safety Bulletin" and Xu Zechen's "Voice Change."

On "Bridge" and "Literal" translators

Thanks to a tweet from Yilin Wang, I came across an article in Asymptote, Jen Calleja and Sophie Collins, "She knows too much: 'Bridge Translations,' 'Literal Translations,' and Long-Term Harm", which discusses how some collaborative literary translation projects and workshops have perpetuated the problematic distinction between "literal" and "artistic" translations.

This is a fascinating and well-argued article. I agree completely with the thesis that translators are marginalized and it is surprising in a moment when their creative agency is beginning to be recognized, that the act of translating is still often obscured or buried as in the (arguably extreme) example cited in Eleanor Goodman’s epigraph. I would like to point out, however, that I contributed to what I think was a more reasonable project, Zhang Er and Chen Dongdong, eds., Another Kind of Nation: An Anthology of Contemporary Chinese Poetry (Talisman, 2007), as a collaborative translator working with a published American poet in a way that resonates with the distinction between "bridge translator" and "real writer." I came away with a vivid sense of how invaluable the contribution of the poet was to my rendition, after quite vigorous give-and-take. If Calleja and Collins’ article clarified anything for me, it was that I probably have not yet attained the status of a literary translator, and that I may not belong to the class defended by the authors, as Eleanor Goodman and many others in the Chinese to English field who themselves are creative writers and often have training in creative writing do. Even if it can (and should) be said that the idea of a literal or bridge translator is unhelpful, misleading or harmful, I think it could also be said that many like myself who translate are academics who arguably were trained to be “literal translators,” sometimes despite ourselves.

I think that while it is essential to assert the subjective and creative aspects of every act of translation, whether conceived of as literal or liberal, at the same time I disagree with the apparent implication that there is no meaningful distinction between a rendition that cleaves closely to the syntax of the source text (and is thus in many cases more ungainly in the target language), and one that soars freely in the target idiom, and which critics and readers would usually value more highly. I agree that the idea of “fidelity” is not useful in clarifying this distinction. But as an instructor of literary translation and a grader of (nonliterary) Chinese-to-English translation exams for the American Translator’s Association, I find the article’s inattention of the role of grammatical and rhetorical structures of the source text as a basis for the idea of a “literal” or “bridge” translation troubling. I would never rely on the degree of adherence to the structure of a source text as an important criterion for evaluating a literary translation, yet I believe the ability to grasp and render those structures, as a matter of academic exercise, is a fundamental ability of any translator, literary or otherwise.

Contemporary Novella Collection is Out

By the River: Seven Contemporary Chinese Novellas is now available from Oklahoma University Press. Co-edited by Charles A. Laughlin, Liu Hongtao and Jonathan Stalling, this is the first collection to present novellas by multiple contemporary authors, and includes an introductory essay on the novella in China by Laughlin with Liu Hongtao. The stories are Jiang Yun's "The Beloved Tree" (蒋韵，《心爱的树》, Laughlin), Xu Zechen's "Voice Change" (徐则臣，《苍声》，Laughlin), Han Shaogong's "Mountain Songs from the Heavens" (韩少功，《山歌天上来》，Lucas Klein), Chi Zijian's "A Flurry of Blessings" (迟子建，《福翩翩》，Eleanor Goodman), Fang Fang's "Love and its Lack are Emblazoned on the Heart" (方方，《有爱无爱都是铭心刻骨》，Goodman), Li Tie's "Safety Bulletin" (李铁，《安全简报》，Laughlin), and Wang Anyi's "The Sanctimonious Cobbler" (王安忆，《骄傲的皮匠》，Andrea Lingenfelter). More details are available in the Amazon.com listing.

I write the following as a tribute to C.T. Hsia, as a student of his and as a modest contributor to the field he created almost single-handedly with the publication of A History of Modern Chinese Fiction. I had been trying to visit Hsia over the course of the fall semester because I had not seen him for about two years. But my own difficulties prevented it until late December, when I had the opportunity to visit him in New York on Dec. 19--as it turns out, just one short week before he passed away.

I started my PhD studies in Chinese literature at Columbia University in 1988, three years before C.T. Hsia retired, which means that I took the full three years of PhD coursework under his direction. I applied to six graduate schools, and Columbia was one of the two that made compelling offers to me. My decision to go to Columbia was in part based on an attraction to New York City, but the real reason was the opportunity to study with C.T. Hsia; I had read his History and The Classic Chinese Novel in college and was aware of his preeminent stature in the field of modern Chinese literary studies. I had no idea that the timing put me right at the end of his teaching career.