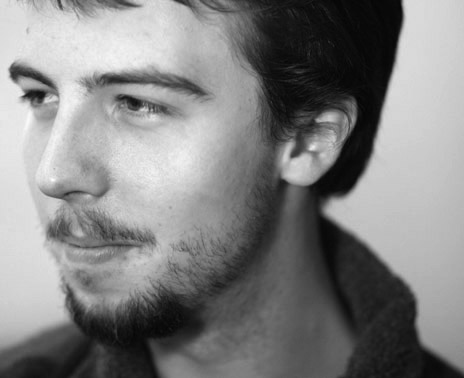 A while back, I came across a poem Vladimir Nabokov wrote, in Onegin stanzas, justifying his decision to render Eugene Onegin in blank verse. I don't necessarily agree with him that all translations must of necessity be inferior to the original works -- more on this, perhaps, in a future post on David Hawkes and John Minford's masterful translation of 红楼梦 -- but the poem does nicely state the dilemma faced by any translator:

1
What is translation? On a platter
A poet's pale and glaring head,
A parrot's screech, a monkey's chatter,
And profanation of the dead.
The parasites you were so hard on
Are pardoned if I have your pardon,
O, Pushkin, for my stratagem:
I traveled down your secret stem,
And reached the root, and fed upon it;
Then, in a language newly learned,
I grew another stalk and turned
Your stanza patterned on a sonnet,
Into my honest roadside prose--
All thorn, but cousin to your rose.

2
Reflected words can only shiver
Like elongated lights that twist
In the black mirror of a river
Between the city and the mist.
Elusive Pushkin! Persevering,
I still pick up Tatiana's earring,
Still travel with your sullen rake.
I find another man's mistake,
I analyze alliterations
That grace your feasts and haunt the great
Fourth stanza of your Canto Eight.
This is my task--a poet's patience
And scholastic passion blent:
Dove-droppings on your monument.

I suppose everybody hears the author's voice slightly differently when they're reading a novel. The translations in Wang in Love and Bondage didn't speak with the voice I'd heard when I read Wang's writing, and I thought it would be an interesting exercise to organize a group effort to re-translate 黄金时代, the novella that Wang was fondest of. Wang's widow 李银河 Li Yinhe kindly gave her permission, and so we were off.

Truth be told, she even admired whores a bit. It wasn’t a question of whether whores were good or bad; it was that she simply wasn’t one, the same way a cat isn’t a dog. If everyone goes around calling a cat a dog, the cat’s bound to start feeling out of sorts, and now that everyone was calling Chen Qingyang a whore, she was completely unnerved, as if she didn’t even know who she was anymore.

Download this as a PDF. [No longer downloadable, sorry]

Following the link to Words Without Borders that Eric posted yesterday, I found Allan H. Barr's translation of Yu Hua's "Appendix" (阑尾), which I thought was quite well-done. The story itself, with its black humor and hints at a reference to the 赤脚医生 barefoot doctors, could make for a good introduction to Yu Hua for the uninitiated. Barr does a nice job of rendering it into readable English without any of the clangers and infelicities that marred "The Bane of My Existence."

The original Chinese can be found here.

It's Duanwu Jie 端午节, the Dragon-Boat Festival. If we were in Hong Kong or Taiwan, we'd get a day off. No such luck here, so I'm blogging on my lunch break in honor of the holiday instead.

The Dragon-Boat Festival commemorates the death of 屈原 Qu Yuan, China's first poet. Qu was a minister in the pre-Chinese state of 楚 Chu during the 战国 Warring States period, and after arguing for more reasonable policies he was slandered by jealous court insiders and exiled by the king of Chu, to whom he was intensely loyal. Heartbroken, his faith in mankind shaken, Qu dashed off a few more poems and then walked into the Miluo River holding a stone. The dragon boats from which Duanwu Jie gets its English name are supposedly rushing to retrieve his body before it could be eaten by the fish, though in reality it's a separate tradition that just happened to get associated with Qu later on.

Qu is the first poet whose name is known, and there are a few works (particularly 离骚 'On Encountering Trouble' ) that are attributable to him with a fair degree of certainty. Others are traditionally attributed to him but clearly the work of later poets, like the poem 怀沙, 'Embracing Sands,' which Qu supposedly wrote immediately before chucking himself into the river. The great Han-dynasty historian 司马迁 Sima Qian recounts the events leading up to Qu's suicide as follows:

Qu Yuan wandered in his banishment, murmuring poems as he walked along the bank of the Miluo River, disheveled and emaciated. A fisherman saw him and asked:         Aren't you His Excellency the minister? What has laid you so low? Qu Yuan replied:         For all the world is muddy and I alone am clean; for all men are drunk and I alone am sober -- it is for this that I was exiled. The fisherman said,         A sage does not stay apart and aloof, but adapts to his environment.         If all the world is muddy, why not beat up the mud and stir up waves?         If all men are drunk, why not lap at their lees and drink their dregs?         Why get yourself exiled because of your deep thoughts and noble aspirations? Qu Yuan replied,         I have heard that who has rinsed his hair then brushes his cap; who has washed his body then shakes his clothes.         One does not sully his own cleanliness with filthiness.         I would rather jump into the river, bury myself in the bellies of the fishes,         Than suffer my own purity to be covered by the dirt of the vulgar world. Hearing this, the fisherman smiled and began row away, singing as he went:         When the river water runs clear and fleet         It's fit to rinse hat-tassels in.         When the river water's full of murk,         'Twill still suffice to wash my feet. And he went on his way without saying anything more.

(Click the title to see the original Chinese text)