Back in 2009 the Paper Republic team put together this dream-list of untranslated Chinese novels. It seems like it's about time to revisit the original list, see what progress has been made, and put together a new 2016 edition!
We're calling on you, our readers, to make your suggestions! Tell us about the Chinese novels you'd most like to see translated. Get your suggestions to us by Sunday 28th February, and we'll publish the 2016 dream-list in the first week of March.

Here's what has happened to the books on our 2009 list: 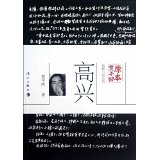 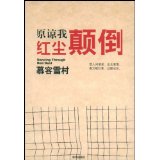 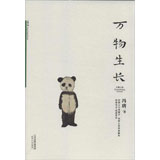 Everything Grows (万物生长), by Feng Tang
Current status: still untranslated - but Beijing, Beijing (北京，北京) - the second book in the trilogy - has been translated by Michelle Deeter and published by Amazon Crossing (2015).
(Everything Grows was recently adapted into Ever Since We Love, a movie starring Fan Bingbing. Meanwhile, Feng Tang has been in the news with his controversial translation of Stray Birds by Rabindranath Tagore. Brendan O'Kane's translation of Feng Tang's short story "Mahjong" was the 29th release in the Read Paper Republic project, and his short story "Xiao Ming" appeared in the Summer 2015 issue of Pathlight.) 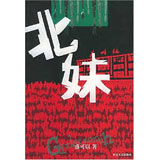 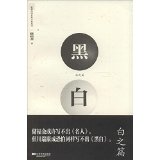 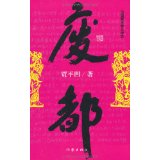 Abandoned Capital (废都), by Jia Pingwa
Current status: translated as Ruined City by Howard Goldblatt for Chinese Literature Today, due for release on January 22nd. The lengthy gestation of this book was recently discussed on the MCLC blog. 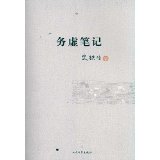 Notes on Principles (务虚笔记), by Shi Tiesheng
Current status: still untranslated.
(Shi Tiesheng's essay "The Year of Being Twenty-One" was translated for Asymptote by Dave Haysom, who also wrote an essay on the author for Words Without Borders.) 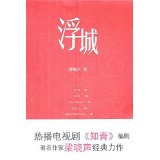 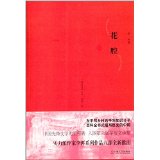 So, (optimistically) counting those books that are still on their way, that gives us a score of... 5 and a half out of 9? Cindy Carter predicted a golden age of Chinese literature in translation if all these books could make it into English by 2019. Is this what a golden age looks like? (Before you answer, have a look at this list of translations published in the last four years - compiled from the annual round-ups Nicky Harman and Helen Wang have put together for 2012, 2013, 2014 and 2015.)

Back in 2009, Bertrand Mialaret observed that two of these books were already available in French. How is the rest of the list doing now – and how about other languages?

And what books should we put on the new, 2016 edition of the list? What are the greatest untranslated titles that either slipped under the radar first time round, or have been published in the years since?

花腔 has been translated into German as "Koloratur" and Li Er's 石榴树上结樱桃 has also been translated ("Der Granatapfelbaum, der Kirschen trägt"). I couldn't find any of the other books listed. Jia Pingwa's 太白山记 is out as "Geschichten vom Taibai-Berg".

Authors that have made it into German include 阎连科，廖一武，阿来，王刚，戴思杰，张翎，马建，陈冠中，卫慧，冯丽，姜戎，毕飞宇，虹影，徐星，棉棉，黑马，张洁， and of course 余华，莫言，高行健.

In Dutch, only seperate chapters have been published (in magazines) of Shi Tiesheng's Notes and Sheng Keyi's Beimei (as well as of Murong Xuecun's Chengdu…; but not Dust). But Shi Tiesheng has several short stories in translation, and rightly so. Li Er's Huaqiang is out in French as well, as Le jeu du plus fin.

I'd argue that citing the author and the work in English (do the best you can with the untranslated title) would make this list more accessible to publishers and agents who are an important part of the Paper Republic community . . .

@Bruce: Do you mean the people leaving comments here? When we're done, we'll make a nice tidy list of recommendations, and publish it with pinyin and tentative translations in place.

Glad to hear that you'll tidy this up and make it bilingual. We wouldn't want any key members of the Chinese literature export channel to miss out on this info!

Within moments of posting this call on WeChat, 走走 nominates 路內's 慈悲. So let it be noted.

Also, Wang Xiaoni has gotten in touch to let me know that we should translate her collection 1966年 :)

My translation of his 《悲悯大地》was published by Singapore publisher Rinchen Books as Land of Mercy, released in December 2015. I would like to see his two other Tibet-related novels published too.

Those are the things I am concentrating on right now, along with another shorter piece by Sheng Keyi and some short pieces by Tang Keyang.

Fang Fang's novel Water Under Time 《水在时间之下》is a very important work. Also there is no novel-length translated works of Fang Fang's in English so far. She is a prominent writer; and this novel is very expressive of her writing style. Please consider having her novel translated.

Nomination from Michel Hockx:
Chen Cun 陈村 – Fresh Flowers And (鲜花和)
the novel might be more or less unique for its choice of protagonist: a stay-at-home father who gradually comes to terms with his domestic existence and who exposes in great detail his private thoughts about his relationships with women, especially his girl-friend and his daughter [...] Although there is plenty of male bias in the novel, there is also plenty of humour and plenty of honest soul-searching to undercut it

Bertrand Mialaret was right, Jia Pingwa and Murong Xuecun are very popular in France. The translation of 《废都》= La cité déchue, was publisheded way back in 1997 (+ reedition 2004). Translation by Genevieve Imbot-Bichet. Two novels by Feng Tang have also been translated into French : 《十八岁给我一个姑娘》= Une fille pour mes 18 ans, 2009 et 《万物生长》 = Qiu comme l'automne 2007, both translated by Sylvie Gentil. Northern Girl has not yet been translated, but I have translated several of Sheng Keyi's short stories, published in one anthology and two magazines. Lots of stories by Shi Tiesheng have been translated, by Annie Curien. Not sure whether the one you mentioned is among them. And, last but not least, 《花腔》by Li Er has recently been translated as "Le jeu du plus fin" and published in 2014. Translation by Sylvie Gentil. Sylvie is also a friend of Yan Lianke and has recently translated two of his latest novels 《四书》= Les quatre livres, 2012 and 《炸裂志》= Les Chroniques de Zhalie, sept. 2015. Other popular authors in France (apart from Mo Yan) are Liu Zhenyun (tr. by G Imbot-Bichet), Yu Hua (tr. Angel Pino/Isabelle Rabut), and Bi Feiyu whose 《推拿》has been translated by Emmanuelle Péchenart and published in 2013. We are expecting a translation of 《苏北少年“堂吉诃德”》for March. But editors of Chinese literature in France are just a few now, and very cautious. They tend to favour established authors and novels. With exceptions, like the short stories by Pema Tseden I translated for Philippe Picquier or the collection of zhongpian by Cao Kou I translated for Gallimard/Bleu de Chine, just recently published.

From Bertrand Mialaret (by email):

Made a quick check but could be some mistakes. Compared to what is published in France: 1/ some writers are ignored : Chi Li (10 books in french), Galsan Tchinag (Mongolia) 10 books , writes in german. 2/ Books to be translated: Yan lianke: les jours, les mois, les années / Songeant à mon père / Les chroniques de Zhalie Chen Kaige (the movie director): Une jeunesse chinoise. Eileen Chang: Little reunion , on her life with Hu Lansheng (only available in Chinese) He Jiahong: three crime novels not translated. Mo Yan: many short stories and novellas. Gao Xingjian: many of his plays : His major essays, De la Creation, published by Noel Dutrait with Le Seuil 3/ Essays or Philosophy: The works by François Julien L'histoire de la pensée chinoise de Anne Cheng A good book on Mo Yan by Yinde Zhang "Le lieu de la fiction", Le Seuil Could mention many others of undertranslated writers in English like Lao She, Mao Dun... If I were a publisher I would have a look at Yan Lianke, to avoid the ridiculous situation the industry was in when Mo Yan got the Nobel.

Please note that Chi Zijian's 额尔古纳河右岸 (Last Quarter of the Moon) is currently being rendered in French by Stéphane Lévêque and Yvonne André.

I nominate Su Tong's novel 'Wu Zetian' for inclusion in this list!