Joel Martinsen is a Beijing-based translator, most recently of The Dark Forest, the second volume of Liu Cixin's Three Body trilogy, and (with Alice Xin Liu) of The Problem With Me, a collection of essays by Han Han. He was the managing editor of Danwei.org, a website of translations from Chinese print and online media. 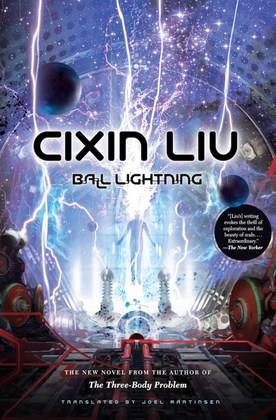 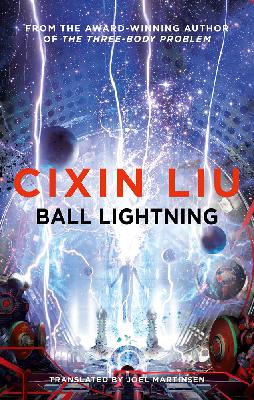 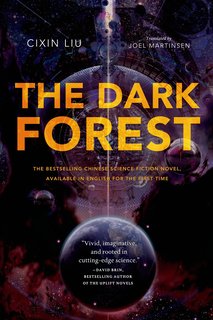 Translating outside the box

Last Friday afternoon I took part in a “Black Box: Literature on Spot” event at the Get it Louder festival, which wrapped up its Beijing leg over the weekend. You can click through for a detailed description of the program and its participants, but in brief, “Black Box” was literary creation as performance art. A writer, sequestered in a curtained cubicle, composed in isolation. Beyond the wall, a translator attempted to keep pace as the text scrolled up the monitor. Spectators viewed the entire process on screens outside.

I was translating for Pan Haitian (潘海天), a writer of science fiction and fantasy and the editor of Odyssey of China Fantasy magazine (九州幻想). (You can find a brief introduction to some of Pan’s work in this post.) I’ve translated a bit of Pan’s work in the past, including a version of "The Eternal City" (永恒之城) in English for submission to ALIA6, an Italian-language anthology of SF in translation.

Pan warned me beforehand that his typical approach to composition involved leaving lots of sentence fragments and place-holders, which he’d expand once he had a rough framework of the story sketched out. Thankfully, this did not become apparent until about half an hour into the event, at which point my nerves had settled.

Ordinarily, I’d probably have gotten sidetracked early on by the quotation from Diary of a Madman and would have spent the full two hours reading up on the historical figures mentioned in the text. Or, if I were particularly disciplined that day, I’d have substituted dummy text for the quotation and moved on to the next paragraph, leaving the decision of how to translate Lu Xun for a later revision. Neither option was available to me, the first because I brought no reference materials and could not access the Internet, and the second because I needed to put up some sort of translation, however imprecise, for the audience. I had to make decisions, even if they weren’t ideal. Don’t recognize a locust tree? Then “tree” it is. Forget the alternate term for tuberculosis? Let’s call it a “fatal illness.” Although I often take this approach in a first draft when I want to capture an uninterrupted voice, I usually tag provisional translations so I can refine them later. Leaving them unmarked disguises my translation as a finished product instead of a work in progress, or more accurately, a partial transcript of a one-time performance.

It’s not a complete transcript because it doesn’t show where edits were made during composition and translation, and it retains just a few traces of Pan’s fragments and place-holders. His writing process seemed to mirror the pace of the story. The opening, which sets the scene and gives a bit of back-story, appears in the final product pretty much identical to how it was initially typed in. The sole edit I can remember was a change from “the man in the gown” to “the mustached man” (which I unfortunately rendered as “the bearded man.”) During the action scenes, things got more hurried and fragmented. For example, at a point in the story when Lu Xun has plummeted from a rooftop to grapple with an intruder (later revealed to be Liang Shiqiu), Pan inserted a bracketed note that I translated as “[insert blow-by-blow].” And the title only became Lu Xun: Demon Hunter after Lu Xun was mentioned by name in the text (to gasps and laughter from audience members who hadn’t caught on yet).

Pan’s original (恶魔猎手鲁迅), an application of wuxia tropes to Lu Xun’s account of why he chose to apply himself to writing, is entertaining, although it terminates abruptly — Pan said afterward that he needed additional resources before he could move forward. As a translator, I enjoyed the game of keeping up with the small changes and additions that the author was continually making to the text; as a reader, my mind had already filled in the details, and I just wanted him to continue with the story.

Photos of the event are available at the Get it Louder website, captioned in English and Chinese.