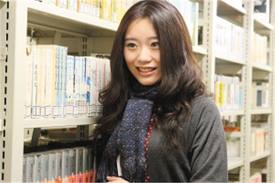 Full name, Li Di'an (李笛安). Born 1983 in Taiyuan, Shanxi province, Di An is the daughter of two well-known authors, Li Rui and Jiang Yun. She has an M.A. in Sociology from the School for Advanced Studies in the Social Sciences in Paris, and is signed to Shanghai’s Zuibook. She started writing in 2002, with her first work Sister’s Forest appearing in Harvest magazine. Later works have been published in Harvest, People’s Literature and other literary magazines. In 2005 she published her first novel, Farewell to Heaven. In October 2008 her short story Yuanji won a China Novel Biennale prize. In 2009 she became a best-selling author when the novel City of the Dragon I sold over 700,000 copies. In 2010 City of the Dragon II was published, while City of the Dragon I earned her a most promising newcomer award at the Chinese Literature Media awards. She currently edits the bimonthly magazine ZUI Found.

The World of Chinese has an interesting article which gives a flavour of her writing. A prolific writer, now resident in France, whose novels, novellas and short stories have won a number of prizes in China.