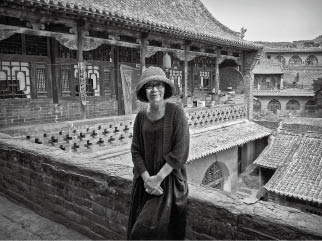 Jiang Yun was born in March 1954 in Shanxi to a family originally from Kaifeng in Henan province. In 1981 she graduated from the Chinese Literature Department at Taiyuan Normal College. Jiang Yun began writing fiction in 1979. Her major works include the novels Secrets in Bloom, Prisoner of the Oak, My Interior, Glimmering in Your Branches, The Human World – The Tale of the White Snake Retold (co-authored with Li Rui), and The Age of Walking, as well as the story collections Beloved Tree, The Perfect Journey, Imagine a Singer, Love in the Last Century, Sister Goes Upstairs in the House of Flowers, and many others. Jiang Yun’s works have been translated into English, French, Japanese, and Korean, among other languages. She is the recipient of the fourth Lu Xun Literature Prize, the Zhao Shuli Literary Prize, the Beijing Literature Prize, and many others. She currently chairs the Taiyuan Federation of Literature and Art, and is a senior member of the Chinese Writers’ Association.