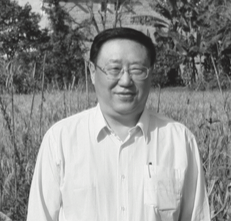 Also writing under the pen-name Xiang Chuan, Gao Hongbo is a poet and author of children’s literature. In addition to his writing he has served as editor or head editor of many literary publications including China Writer and Poetry magazines. Since he began writing in 1971, he has published more than a dozen collections of children’s poetry, more than thirty collections of essays, and four volumes of criticism. He is the recipient of numerous domestic awards for children’s literature, as well as the National Book Prize, the Bing Xin award, and the China Children’s Press “Golden Author” award.