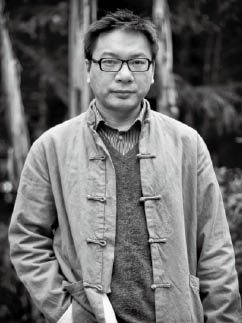 Announcing himself as "one of the least-educated young writers in China," Lu Nei seems to have profited rather than lost by a life that began in struggle. Since the age of 19 he held a series of menial jobs around China—drifting, exploring, fighting, and observing. His interest in literature began while he had a job watching dials in a factory, and plenty of reading time on his hands. Even now, with a certain level of critical success under his belt, he refuses to give up his day job in an advertising company.

Born in Suzhou, that city provides common background for both of his novels, Young Babylon and On the Trail of Her Travels. The first recounts the semi-farcical adventures of a young man much like himself, while the second is the story of a group of disaffected youth in a small town, who suddenly decide to take their futures into their own hands…