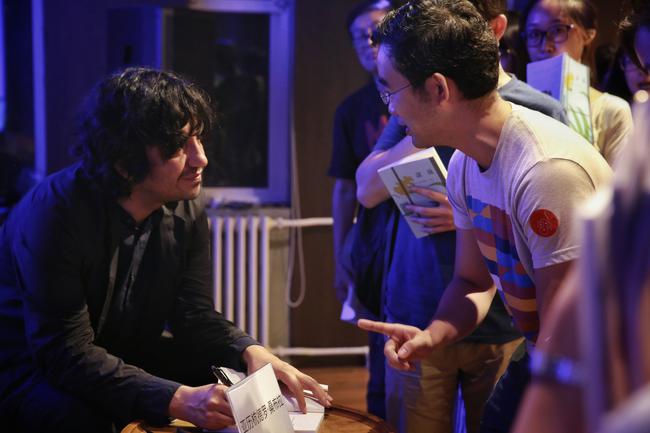 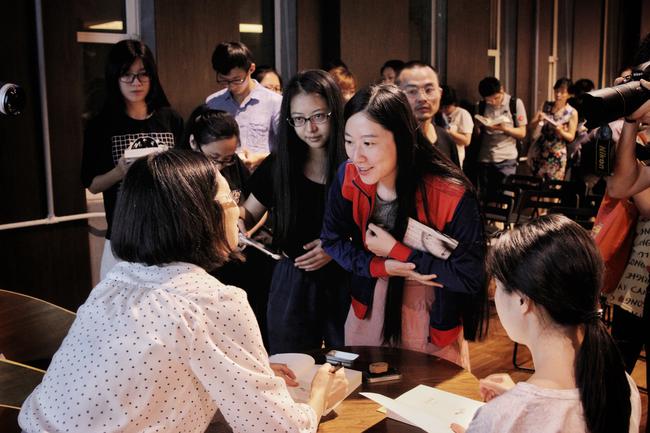 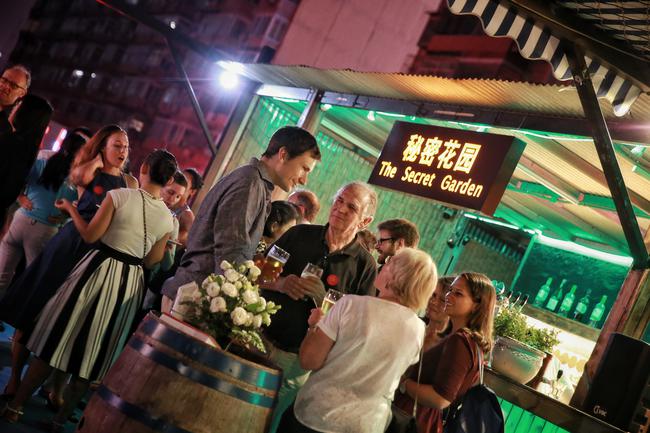 Another of your events, Alejandro Zambra and Xu Zechen in conversation at the Cervantes Institute was fun too. The venue was excellent, spanking new building with a big sitting-out area outside and all the staff very friendly, and when the conversation began, there was simultaneous interpreting through proper headsets for those as wanted it. The focus was fair and square on Zambra, apart from a slightly puzzling attempt by the chair to draw parallels between the two countries' literature based on a common theme of earthquakes. I would have been interested to hear Zambra's comments on Xu Zechen's writing, but there's a limit to how many insights you're going to get in an hour and a half. Actually the most discussion-worthy comment came right at the end: Xu Zechen said that he felt Zambra's writing was a bit poetical and he hoped to see Zambra write something more 结结实实的, sort of "solid", less airy-fairy? in the future. I wanted to hear XZC explain himself, and Zambra's reaction to this! But we were out of time and all got free glasses Chilean wine instead.

Please allow me just to clarify a couple of #1's remarks about the Xu Zechen-Zambra event at Cervantes (I acted as the chair at that event). About the "slightly puzzling attempt by the chair to draw parallels between the two countries' literature based on a common theme of earthquakes", I just mentioned the "earthquake" detail as a side comment on a curious coincidence, not to draw any parallels between "literatures", which would have been puzzling, indeed. The earthquake was a mere rhetorical example or a vector to talk about how Xu and Zambra manage the links between collective memories/narratives and the individual memory in their writings. It was not at all the quid of the question... :)