The third annual Beijing International Literary Festival ended about ten days ago; among a pretty outstanding roster of international authors were eight Chinese writers, photographs of whose events the Beijing Bookworm has kindly provided. Podcasts were made from some of the events as well, we've linked where appropriate. 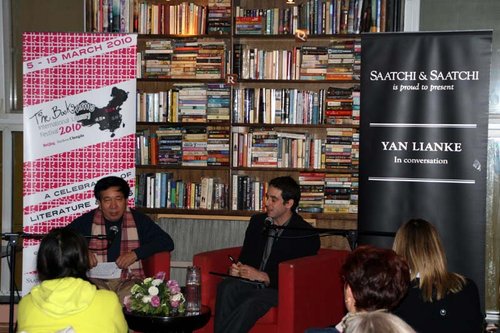 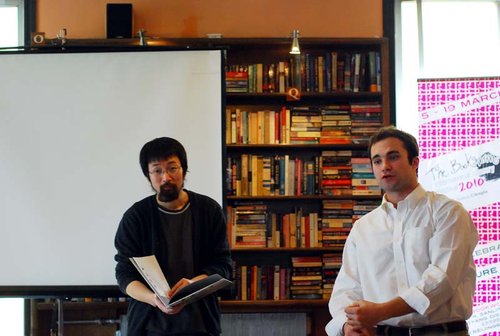 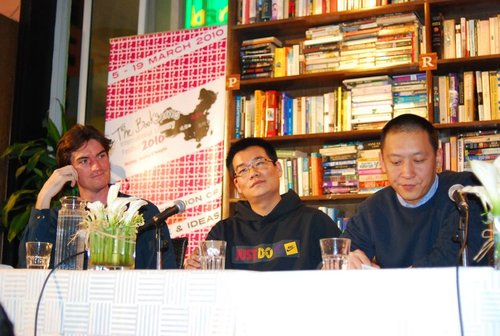 Xu Zechen and Miao Wei, in discussion on the topic of Chinese urban fiction, interpreted by Eric Abrahamsen and Jonathan Rechtman, who was cruelly excised from this photograph. 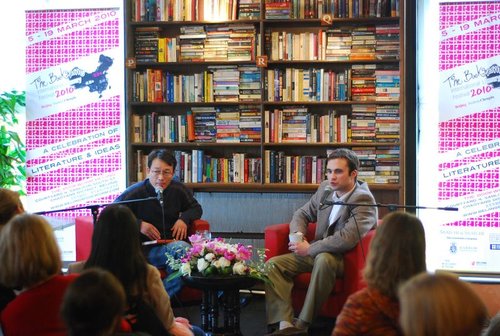 Li Er being ventriloquized by Canaan Morse, with an excerpt read by Cindy Carter, podcast here. 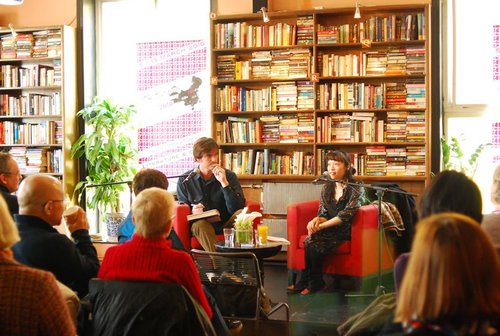 Hong Ying spoke about her memoirs and novels, interpreted by Eric Abrahamsen. 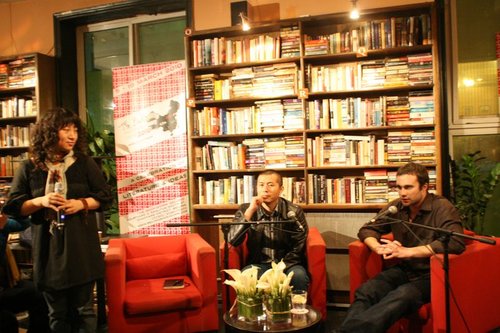 Bi Feiyu on how he became known as a "writer of the female psyche", speaking with the assistance of Canaan Morse.

There's also a podcast of Murong Xuecun speaking with Harvey Thomlinson about Leave Me Alone, though we don't have any photos of that…

Literature opens a better door to the study of people, culture and society as writers don't write in a vacuum and most often write to reflect their societies. A study of, and translation of indigenous literature become vital for the understanding of people and their culture. I am particularly interested in knowing the culture and mode of writiing if Chinese writers to finger tips as a literary person. Such literary festival if held often like annually and if one has opportunity to attend will go a long way to provide enlightenment of the different genres of Chinese literature. As a womanist, it will give me a great opportunity of studying the females in particular and gender progression in Chinese literature and society at large. Keep it up. Arrange for more of such festivals.

I am a new author. My volume of short stories, A JOURNEY INTO FEAR AND FANTASY, will be published in August 2013.

I would like to know if I could be invited to read at the festival in 2014.