Can Xue (1953- , real name Deng Xiaohua) is frequently cited as one of the representative authors of China's avant-garde movement in late 80's and early 90's, as well as one of contemporary China's most significant women writers. In 1957, her father was branded an Ultra-Rightist, expelled from his job as editor at the New Hunan Daily News and sent to a labor camp; her mother was sent down to the countryside as well, and took their daughter with her. A committed autodidact, Can Xue loved to read Western literature in translation and was particularly influenced by the work of Kafka, Borges and Italo Calvino. She began publishing short stories and criticism in the 1980's, and immediately established herself as a unique literary voice.

A committed experimentalist, Can Xue has been said to have taken avant-gardism in literature as far as it can go. Her highly imagistic, stream-of-consciousness narrative style skips between subjects (personal and impersonal) and often plays with perspective and time sequence. One observes a palpable fascination with the grotesque, the nightmarish and the brutal. A landmark name, her two most famous stories, Old Floating Cloud and The Hut on the Mountain are frequently anthologized. Can Xue's novel Five Spice Street was published by Yale University Press in 2009, and her work, Border, came out in China in late 2010.

The Last Lover (最后的情人), translated by Annelise Finegan Wasmoen (Yale University Press, 2014) was voted The Independent's Book of the Year 2014, was longlisted for The Independent Foreign Fiction Prize 2015, and won the Best Translated Book Award 2015.

She's interviewed by Laura McCandlish here, and there are a few selections in English on WebDelSol here.

MIT has an extensive mini-website devoted to Can Xue and her works. 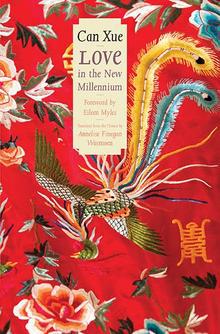 Love in the New Millenium 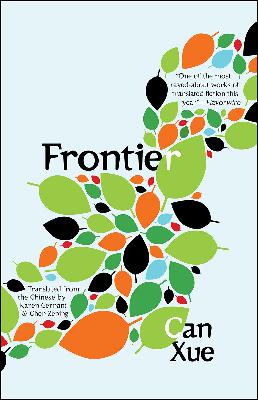