Zheng Xiaoqiong is widely recognized as the leading voice in Chinese migrant worker poetry. From her sudden rise to prominence in 2007, when she was awarded the Liqun Literature Award by the prestigious People’s Literature magazine, she has become the most feted and translated Chinese migrant worker poet writing today. But Zheng herself has rejected that label and the implicit limits that come with it. While much of her work from her early years does deal with her time spent on the assembly line and in warehouses and factories, documenting the often horrific ordeals that the workers around her—particularly women workers—experience, her poetic vision and breadth of experience is much wider than that.

The world she writes about in her 2016 collection Rose Courtyard is a far cry from the factories and sweatshops of the Pearl River Delta. In the book, she explores her own family history, imaginatively recreating the lives and experiences of her grandparents, as well as her grandfather’s two other wives, in their rural Sichuan village in the early twentieth century. She grapples with large themes like love, the writing of history, the natural world and its degradation, war, feminism, and the complex ties of familial and marital bonds. The translations here are drawn from poems in that book, and demonstrate why Zheng is one of the leading poets writing in Chinese today, no further modifiers needed.

In the Roar of the Machine: Selected Poems of Zheng Xiaoqiong, translated by Eleanor Goodman 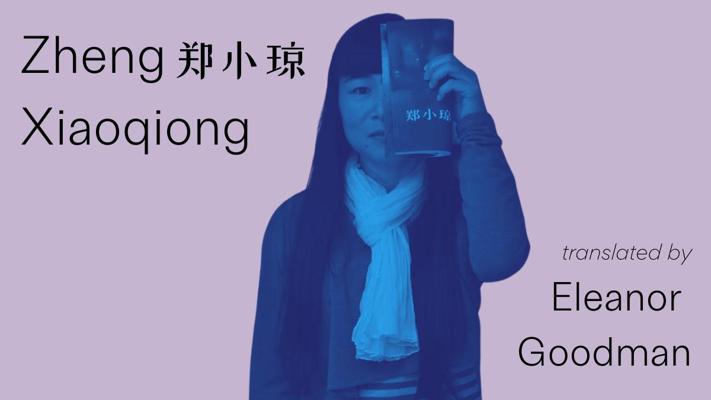 Translated by Eleanor Goodman, from works by Zheng Xiaoqiong