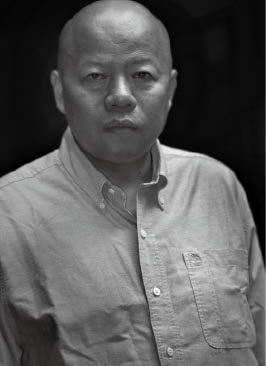 From Words Without Borders: Yu Jian was born on 8 August 1954 in the southwestern Chinese province of Yunnan. With the outbreak of the Cultural Revolution in 1966, his schooling was interrupted, and his parents were forced to leave home to undergo "re-education." In 1969, at the age of sixteen, he became an apprentice in a factory north of the city and worked as a riveter and welder. Influenced by his father's interest in classical Chinese poetry and aided by frequent power failures at the factory, Yu Jian became a voracious reader. At the age of twenty, Yu Jian began writing his first poems in free verse. In 1980, when university education once again became a possibility for young Chinese people, Yu Jian passed the entrance examinations for Yunnan University, becoming a student in the department of Chinese Language and Literature. He became known as a student poet and was an energetic literary activist, helping to establish several literary clubs as well as edit various publications. His big break came in 1986 when China's most prestigious official poetry magazine, Shikan, published his poem "No. 6 Shangyi Street." He later published the controversial long poem File Zero in 1994, then turned to prose and short poems, publishing a collection of travel sketches and impressions of daily life in 1999 under the title Notes from the Human World. He began his long poem Flight in 1996 and finally published it in 2000.