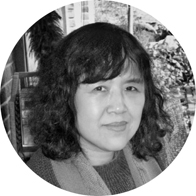 Born in Tianjin in 1951, Yi Lei is one of China’s best-known contemporary poets. She is a graduate of Peking University and of the Lu Xun School of Literature. She has published eight collections of poetry, and her work has been translated into English, Russian, and other languages. Her most famous poem, the seventeen-part sequence poem “A Single Woman’s Bedroom,” received significant critical acclaim when it was published in the late 80s.