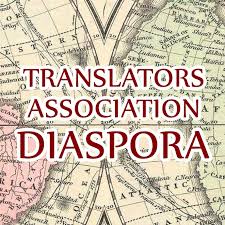 I came across this fascinating discussion on the Facebook page of the (UK) Translators Association Diaspora and with David Warriner's permission am re-posting it here.

Here's a challenge for the hive mind: I'm translating a literary crime thriller set in coastal Quebec that's peppered with local flavour, mainly through religious swearing. The main challenge with the novel is going to be keeping that local flavour through the characters' speech while maintaining readability for a predominantly British audience. Most of the expressions are used so frequently, it's not really an option to keep them in French. And they're peppered so liberally throughout the characters' speech, they're not really swear words anymore. Anyway, I'm hoping to gather some ideas for religious almost-swear words along the lines of Sweet bejesus! and Christ on a bike! for tackling gems such as Saint-ciboire de câlisse! For context, think middle-aged, salt-crusted fisherman propping up the bar at the pub on the docks. Thanks in advance for any ideas."

.......And there were some intriguing responses:

Especially as you don't want the salty fishermen to sound like they're from Grimsby, I guess. I think if the translated religious expressions can be understood as such, and in the proper spirit, in English, then why not translate them 'as they stand'? How did Anthea Bell cope with Captain Haddock? Might be a source of inspiration?

'Shiver me timbers' is what first sprang to mind, albeit non-religious. I was racking my brain to remember Captain Haddock's lingo from TinTin and then I realised that there's a website dedicated to his quotes. There are quite a few gems there but I don't suppose you'll want your characters saying things like 'blistering barnacles'. I think 'Christ on a bike' is a good one. What about things like 'Holy moley', 'Sweet mother of jesus', 'hell's bells', and 'heavens to betsy'?

Interesting problem. Different cultures swear in very different ways. The Dutch swear by cursing people with diseases, which is always a problem for me. I could try to retain the local flavor, but it just sounds ridiculous in English. So I usually end up going for English expressions that have the same shock value. However, I just found the Wikipedia site for Quebec French profanity, which is apparently quite unique. It would be a shame (and simply wrong) to ignore it. Apparently it uses words called sacres, taken from Catholicism and the Mass. So "baptism" or "chalice" are actually swear words. Could you try to turn these into recognizable English curses ("by my Holy Baptism!" etc.)?

I'd be tempted to take inspiration from Ireland, the most Catholic part of Anglophone-land. [Then David W responds}: Ireland struck me too as being a good point of reference for religious cussing – and of course there were plenty of Irish immigrants who made their way to Quebec – but the region of Quebec in question was a real destination for immigrants from the Channel Islands, so that adds an interesting dimension. I'm reluctant to have the text sound too recognizably regional, though. So I'm really looking for somewhat obscure yet colourful religious almost-swear words that will get the flavour of the sacres across without alienating the reader. When I say the expressions come up all the time, I mean literally every sentence or second sentence in one character's case. Whatever I end up using needs to be able to work in different positions in the sentence too.

I would translate them in something close to a literal way. It's a way of keeping the local flavour that gives the right touch of exotic foreignness to the English language reader. This is the one aspect of the language I wouldn't localise.

And David signs off: The trick will be to retain as much of the local flavour as I can without it all sounding really off.

I got a laugh at being removed of my 'free' speech on facebook... someone posted a picture of some stranger with a HUGE tumor on his face. I joked about 'wishing a bull frog by the pond to kiss him and make IT go away'... I incurred outrage by the 'nice' circle of friends on facebook. A couple days later, admin removed my comment. Guess i always have a neck on laughing misfortune at others expenses. oh well, if it was my son, laughing is still better than crying... if one can still laugh without getting into trouble or pain, i'd call it a good day, right? 'all Jokes are begotten, not made...'