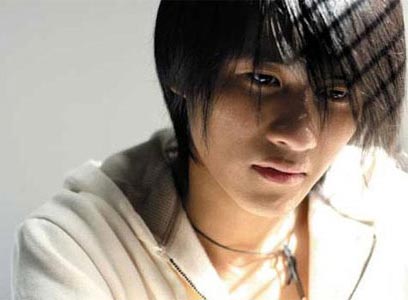 Han Han is probably China's most famous writer, certainly its most famous blogger. The poster child of the post-80s generation (80后), Han Han seems to be more talked about than read. Even his most stalwart fans seem to treat his novels as an after-thought, citing his inflammatory personality as the main attraction.

There's something to be said for his personality, for sure. One of a very few successful public figures to have renounced the Chinese educational system, and authority in general, Han Han is kind of the rebel child of the young generation. His main weapon is his blog, where he criticizes the Writers' Association, literary critics, bureaucrats, city mayors, and whoever he takes it into his head to dislike. In a country where the old fuddy-duddies are very much in control and very much dislike being laughed at, Han Han is a minor miracle. He is criticized by some as being a literary lightweight (justified), and by others as only attacking the small fry, not the big cahunas (also justified, though justifiable), but he's single-handedly inculcating a rebellious attitude in China's younger generation, and that can't be sneezed at.

Represented for his foreign rights by Marysia at Peony Agency