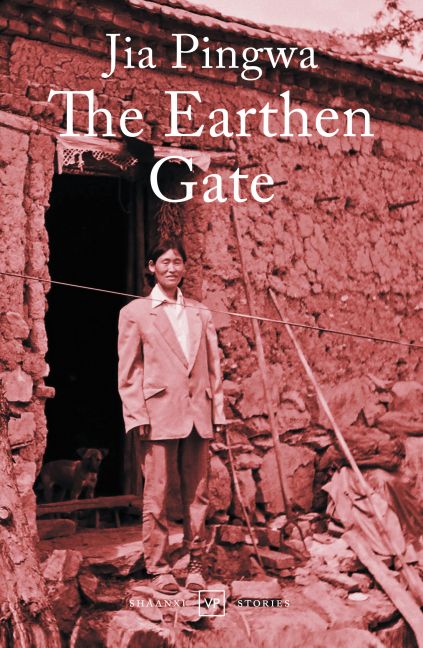 Digging into Paper Republic's archives, there's plenty of discussion of Jia Pingwa—when is he going to make it into translation? What the hell is going on?

Since 2016, five of Jia's novels have been translated, we might see two more before the end of the year, and at least three more are on the way.

The crop of Jia Pingwa books in translation have mostly been harvested from the author’s more recent works, but The Earthen Gate 土门, is the book that returned Jia to grace after the dark days that followed the ban of Ruined City 废都 in the early-1990s.

I’ve always thought that Ruined City and the three books that followed—White Nights 白夜, The Earthen Gate, and Old Gao Village 高老庄—were Jia’s best, so it’s nice to see that two have finally made it into English. The University of Oklahoma Press put out Howard Goldblatt’s translation of Ruined City in 2016, and Valley Press commissioned Hu Zongfeng 胡宗锋 of Northwest University 西北大学 to translate The Earthen Gate.

The novel revolves around two young women. There is Plum 梅梅, descended from village gentry, is committed to preserving the village. Despite failing the university entrance exam, she is doing correspondence courses in classical literature. And then Brow 眉子, childhood friend of Plum, who longs to live the life of an urbanite 城里人. She gets a job at a hotel bar, but quickly jumps to working as a secretary at a real estate developer. She sees the writing on the wall—the city will swallow up the countryside, so might as well make some money off it.

Chivalry 成义 is the great hope for the village. He has no ancestral links to the village, but a mythical backstory. Chivalry was adopted by the town executioner, who found the baby after fighting off a wolf. Chivalry became a hustler, trying his hand at various legal and illegal enterprises, running a brick factory, raising chickens, dealing antiques, and then raiding tombs. Chivalry is elected as the new Village Head and attempts to push back against city bureaucrats and developers by playing up Benevolent Lenient Village’s cultural heritage. He envisions the transformed Benevolent Lenient Village as—I’m quoting Yiyan Wang here—"a place that is economically, culturally and physically self-contained and yet indispensable to the modern city, or, in other words, a peasantry utopia."

When the money runs out, Chivalry goes back to hustling and robbing, and winds up getting a death sentence for stealing artifacts. The villagers are forced to leave and the demolition teams arrive.

The book tells the story of countless other places across the country, where people have had to leave the land and enter the city. The village is split between urban modernity and rural authenticity, but they are often cut off from the benefits of the former for lack of residency in the city and the village’s authenticity is questionable. Anyways, the two cannot seem to coexist. The villagers must be transformed into urbanites, even if it requires, as Yiyan Wang puts it, “the disappearance of their community and the elimination of their culture.”

The cover of the book doesn't bear the name of a translator. It's hard to say why. (And what unexceptionally bad cover design...)

I first heard of Hu Zongfeng and Gilbank after rumors circulated that Jia Pingwa was slow to make it into translation partly because the author had personally charged Hu and Gilbank with translating everything he had written. At some point—and I’m repeating rumors here—Hu's translation of Ruined City went to an American publisher, who sent it to Howard Goldblatt to take a look. Goldblatt said it was unusable. (Some of that is covered here.)

Shortly after Howard Goldblatt’s translation of Ruined City appeared, I asked Professor Hu for a copy of his translation. Hu’s manuscript had not received a going-over by an editor, but I thought it compared favorably with the Goldblatt’s.

The trio’s work on The Earthen Gate is admirable. With all the poor translation work by native English speakers out there, I’m much more willing to cut Chinese translators like Hu and He a break. They make many of the same mistakes as their American and British peers: mixing registers and idioms in a way that feels unnatural, especially in dialogue, using words that have not appeared in an English-language novel in decades (in this book, there are “maidens” and “enchantresses” and “bosoms,” and “city slickers”), translating Chinese phrases directly, and refusing to deviate from the original text when necessary.

This'll give you an idea:

This Liu chap was rude and unreasonable and, during the course of his life, he pissed on half of his fellow villagers. After his death, he gained a posthumous son named A-Shun who, by contrast, had diligent legs and a sweet mouth like a kitten or a puppy.

Like I said, there are issues. But by the fifth chapter, though, I got the vibe, got caught up in the story, and stopped noting weird language.

A powerful novel, an adequate translation—so, why has nobody read it?

Valley Press touts the book on their website: "Jia Pingwa’s The Earthen Gate was an instant bestseller in his native China and now looks set to make waves in its first-ever English translation..." But when I contacted them in January of this year about getting a review copy, there was no response, so a month later, I tried ordering one through the publisher and received a refund a few days later. Someone from Valley Press told me that they had no copies and sketchy plans to print more. When I asked for an electronic copy, they refused, citing concerns that I was going to bootleg it. Their line was, basically: Nobody’s going to read it, just leave us alone. (It's not ethical to quote from emails, right? But trust me, I'm getting as close as I can.)

It seems unlikely that The Earthen Gate is going to “make waves,” but it’s true that the book was a bestseller in China. The Earthen Gate was originally released as part of the Cloth Tiger Series 布老虎丛书, dreamed up by An Boshun 安波舜. The original series had sixteen books, including The Bathing Women 大浴女 by Tie Ning 铁凝, Assassination-3322 暗杀3322 by Wang Meng 王蒙, and I Love Sunshine 我爱阳光 by Xu Jia 许佳. Cloth Tiger was part of a bold scheme by An Boshun, combining his talents in marketing with his eye for good novels.

Jia Pingwa translation fever has been a mixed blessing. Since 2016, there have been five translations published, two more due out as early as late-2019 (I’m working on one of them!), and a few more in 2020.

Amazon has thrown their algorithms and marketing team at their Jia Pingwa novel (Happy Dreams, translated by Nicky Harman), and I'm working with Nicky Harman on another book for them, but the rights to most other Jia titles have been sold off to smaller presses, with mixed results. ACA, has done their best to promote Broken Wings (another Nicky Harman translation), which is a good sign, but then there is the situation of The Lantern Bearer, translated by Carlos Rojas, released without anyone noticing, and reportedly of exceptionally low quality and riddled with errors.

If you pay academics bargain basement prices to translate books, you get bad translations. Once again, in literature, learn from An Boshun. He reportedly paid top writers one hundred yuan per thousand characters (that’s the figure cited in Shuyu Kong's Consuming Literature: Best Sellers and the Commercialization of Literary Production in Contemporary China). Nicky Harman's translation for Amazon is the bestselling Jia book in translation, and it's not totally down to Amazon being able to push the book—it's also the best translation of Jia Pingwa.

It's tough. Without a single press behind Jia Pingwa in translation, and seven or eight translators working on different books, he has no clear literary advocate. It's too much to ask that all the Jia books be the work of a single translator, working for a single press, but what we have now is a bit of a mess, with translations of wildly different quality, design that leaves a lot to be desired, and some books almost impossible to find... What An Boshun recognized was that literary quality counted, but so did branding and marketing, and paying writers and editors and designers for the best work possible.

At the end, you write:

It's too much to ask that all the Jia books be the work of a single translator, working for a single press . . .

To me, this implies that you think that if all of his works were rendered by just one translator, that would somehow be better.

The current situation is clearly not ideal, but why would we want just one person to have a monopoly on representing Jia to the English-speaking world?

I guess what I'm talking about is the Jia Pingwa in Translation brand, which is weak, compared to writers of similar stature in the PRC that have made it in the West. Part of establishing that brand is a translator or team of translators. If it was one or two books getting translated every few years, different story, but we'll have at least nine, probably ten Jia Pingwa books in five years, with zero chance of a do-over.

This is some sports talk radio call-in-type material, where a guy that doesn't know the business lays into the head office for not making the right moves in the off season. (Although, I do have some financial interest in this project succeeding. And my opinion is colored in part by professional jealousy.)

This cover was designed to scare people off.

I think it's fairly standard practice in other language pairs to eventually settle on one or maybe two translators for any given "big name writer". Eventually someone is found who hits the right spot between reliability and affinity for the original author's voice. Translators can vary widely by style, and I do think it can be beneficial to have a consistent voice across several books in translation.

That said, translators/translations obviously aren't the issue here. As Dylan points out, no big Western publisher has ever decided to "do" Jia Pingwa. No publisher means no marketing department, which means essentially no public awareness that this author exists. CN Times is basically a Chinese publisher, ACA doesn't have any clout, neither does University of Oklahoma Press (though they have heart), and even Amazon, which certainly fits the description of "big", doesn't do promotion outside of its own platform.

You can hardly blame Jia and the people around him for deciding they have to take matters into their own hands, but in doing so they've guaranteed a low profile for Jia's books for the foreseeable future. You get things like that cover, which is truly dismal. You get bad translations (Dylan mentions getting over the Hu/He/Gilbank text, but I don't think I could plow through many paragraphs like the one he quoted). And you get invisible publications.

In a perfect world, Jia would have found his publishing champion fifteen years ago. The sad thing is that it's now too late.

Apparently, there's some kind of seminar on Jia Pingwa and translation in Xi'an later this month. If anyone here is going, please write something about it afterwards!