From author to catchphrase and back again: Lu Xun's Weeds 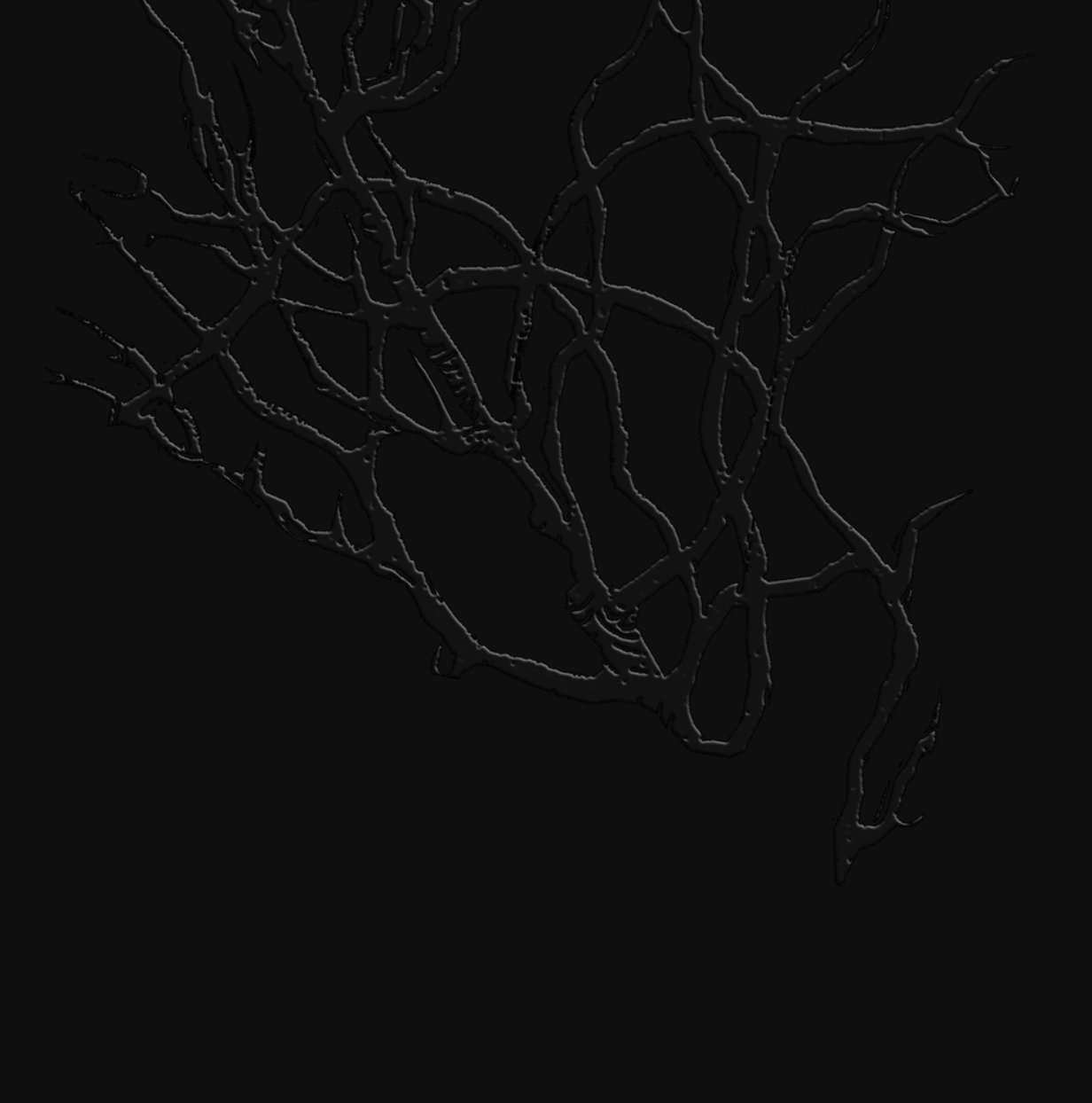 In China in Ten Words, Yu Hua describes stubbing his toe on stacks of Lu Xun books gathering dust in the office of a provincial cultural center and saying to himself, "'That guy's days are over, thank goodness!'" (this is from the translation by Allan H. Barr).

As Yu Hua puts it, Lu Xun went "from being an author to being a catchphrase and then back again." Lu Xun’s legacy was flattened in the long half-century after his death. When state control over literature loosened on both sides of the Straits in the ‘80s, attempts were made to reinflate the flattened Lu Xun, but perhaps the damage was already done.

What changed Yu Hua’s mind was picking up the collected short fiction after a director pitched him on writing a script based on some of Lu Xun’s stories.

It made me think back to those books of his under the table in the cultural center, and it seemed to me now that they had been trying to tell me something. When they tripped me up as I went in and out of my office, they were actually dropping a hint, quietly but insistently signaling the presence of a powerful voice within the dusty tomes.

I always found the veneration of Lu Xun understandable, and I appreciate his contributions to contemporary Chinese literature, but I found it hard to see much vital and pressing in his work. Matt Turner’s translation of Lu Xun’s Weeds was a minor revelation last year.

Weeds is a collection of prose poems—or, more accurately, sanwen shi 散文诗, since, unlike the Western style, they are broken into lines—written in the vernacular between 1924 and 1926. This loose style was a reaction against classical forms. (“A Music for Baihua: Lu Xun’s Wild Grass and ‘A Good Story’” by Nick Admussen has more on the form itself, as well as this collection.)

This is Lu Xun at his most surrealistic and deranged, maybe inadvertently channeling Baudelaire. The poems are a collection of visions.

I dreamt I was laying in my own bed, in the desolate, cold wilderness beside Hell. All the ghosts and souls cried out unintelligibly. Yet it was orderly, and together with the bellowing flames and the boiling oil and the clanging of metal prongs it all made for a harmonious ensemble, sparking an infectious joy and proclaiming to the Three Realms: there is peace in the Lower Realms.

"I dreamt," it begins, and many of the poems are dreams, as T. A. Hsia pointed out: “even pieces not marked out as dreams have that nightmarish quality of inconsequence and the shock of misplaced reality” (“Aspects of the Power of Darkness in Lu Hsün”).

As Leo Ou-fan Lee writes, "It stands in a kind of modernistic splendor almost alien to the Chinese tradition."

The prose poems in Weeds are sometimes brilliant, and sometimes they’re absurd, or they’re silly. I think the two part “Revenge” might be the perfect example: in its first half, a hallucinatory recounting of a bloody battle between two strangers, and, in its second half, a slightly goofy Golgotha scene. T. A. Hsia called it “genuine poetry in embryo.”

What Turner does well is restore the sometimes jagged language that feels a bit smoother in other translations. The version of Weeds I read before was Yang Hsien-yi and Gladys Yang’s translation, Wild Grass, published in 1974 by Foreign Languages Press. For whatever reason, it never grabbed me.

I think I share Turner’s assessment of it as “oddly crabbed, subdued, polite.” (That description could be applied to most translations from Chinese, though, and most translators, unlike Yang Hsien-yi and Gladys Yang, do not have the excuse of being forced to churn out large amounts of work under tight deadlines, and being under the supervision of the Gang of Four.)

“Weeds,” Turner writes in his preface, “is not Wild Grass.”

I get a kick out of laying translations alongside each other. It doesn't always illustrate that much, but I think it might help in this case...

Here is part of a poem called “Hope” 希望. The original first:

And here is the Yang Hsien-yi and Gladys Yang translation:

My heart is extraordinarily lonely. / But my heart is very tranquil, void of love and hate, joy and sadness, colour and sound. / I am probably growing old. Is it not a fact that my hair is turning white? Is it not a fact that my hands are trembling? Then the hands of my spirit must also be trembling. The hair of my spirit must also be turning white. / But this has been the case for many years. / Before that my heart once overflowed with sanguinary songs, blood and iron, fire and poison, resurgence and revenge. Then suddenly my heart became empty, except when I sometimes deliberately filled it with vain, self-deluding hope. Hope, hope—I took this shield of hope to withstand the invasion of the dark night in the emptiness, although behind this shield there was still dark night and emptiness. But even so I slowly wasted my youth.

And here’s a translation by Ng Mau-sang, originally published in Renditions in 1986:

My heart is exceedingly lonely. / But my heart is at peace, without love or hate, without joy or sorrow, without colour or sound. / Perhaps I have aged. My hair has turned grey, is this not very clear? My hands shake, is this not very clear? Then, the hands of my soul must also shake, and its hair must have turned grey. / But these are events of many years ago. / Once, my heart was filled with songs that reeked of blood: blood and iron, flame and poison, recovery and revenge. Suddenly these songs all became empty, though sometimes I deliberately tried to fill this emptiness with vain, self-deceiving hope. Hope, hope—I had used this shield of hope to fend off the attack of that dark night of emptiness, but behind this shield lurked the same dark night. In this way my youth gradually faded away.

And the Turner translation:

My heart’s extra lonely. / Well, my heart’s fine. There’s neither love nor hate in it; there’s no funeral dirge, it’s clear, yet it lacks harmony. / I’m probably getting old. Isn’t my hair already ash-white? Aren’t my hands already shaking? My spirit’s hands are definitely shaking, and its hair is definitely ash-white. / This has been the case for many years. / Once, before, my heart burst with bloody song. Blood and iron, flame and poison, resilience and revenge. All at once it emptied out. Yet, sometimes, I’ll deliberately fill it with a self-deceiving, desperate hope. Hope, hope, I use this shield of hope to fight off emptiness during the dark night—and behind the shield is the dark night’s emptiness. And so I’ve drained my youth in this fashion.

Perhaps it’s not so obvious here—and there are other translations out there, but I just happen have these ones at hand to compare them—but Matt Turner manages to capture, I think, more of the madness and slack beauty of Lu Xun’s prose poetry.

You can read more about the collection here: Seaweed Salad. You can buy the book here: Small Press Distribution.

The book is beautiful, if nothing else. It matches the mood: monochrome, brooding, minimalist. It's a good match for drinking alone while listening to the Sunn O))) album with Scott Walker.

I want to close with a few lines from Bai Juyi 白居易, which I have been unable to work into this review in a more natural way:

The weeds are spreading out across the plains,

Each year, they die, then flourish again.

They burn but are not destroyed by prairie fire,

My training in linguistics is what (briefly) sent me into translation as a career. This …

@megan We'll get there! We're just taking a bit of time to ramp this up …

Loving the excerpts! I haven't made my way around to Sanmao in the original, but …