The Chinese E-Publishers Making an Epic Journey to the West 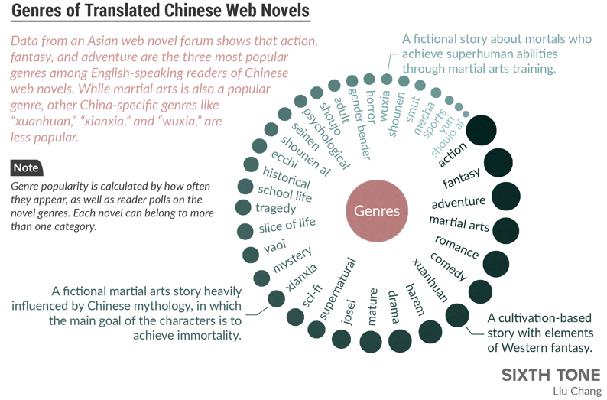 China’s tech firms are trying a variety of methods to remove the translation bottleneck. Webnovel says it has hired a team of more than 200 translators — which it pays directly — and has established a centralized glossary for frequently used terms to make sure the English versions remain consistent.

Many of these contracted workers, however, are not full-time and often struggle with the pressure of juggling two jobs. Oon Hong Wen, a Singaporean translator who signed a contract with Webnovel in June 2017, says he gets up at 6 a.m. to work for two hours before heading to the office and then continues after dinner until 1 a.m.

“Translators are just like authors,” says Oon. “Every day, we open our eyes and think about updating chapters.”