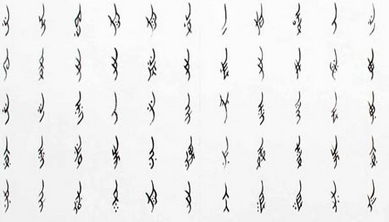 When I was a university student in Beijing in the early ’90s, I stumbled upon an academic article by Zhao Liming, a professor at Tsinghua University’s Chinese language department, about a little-known script used only by women in a corner of the southern province of Hunan. Days after, I bought the small book she had written on the subject, Nüshu—A Surprising Discovery, and read it as fast as my eyes, and my Chinese reading skills, allowed. I was hooked: The word nüshu refers to a script used by women in Jiangyong—a small county in the province’s southernmost tip—to transcribe the local lingo. As soon as I could, I made the first of many trips there.