Indigenous Cultural Translation: The Story behind the Script for Taiwan's "Seediq Bale" 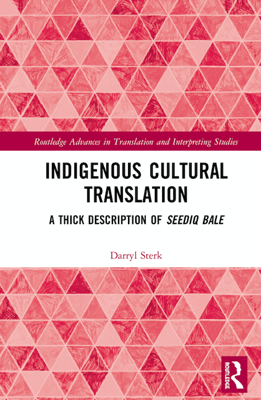 Indigenous Cultural Translation is about the process that made it possible to film the 2011 Taiwanese blockbuster Seediq Bale in Seediq, an endangered indigenous language. Seediq Bale celebrates the headhunters who rebelled against or collaborated with the Japanese colonizers at or around a hill station called Musha starting on October 27, 1930, while this book celebrates the grandchildren of headhunters, rebels, and collaborators who translated the Mandarin-language screenplay into Seediq in central Taiwan nearly eighty years later.