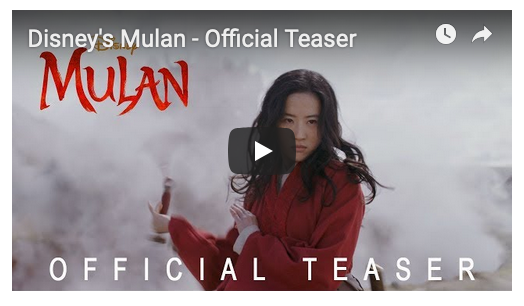 Thinking of Mulan as an overtly feminine warrior is also off the mark. Judging from the trailer, there will be plenty of fighting scenes where she looks very much like a woman. But listen to the penultimate quatrain of the ballad, which describes her meeting with her fellow soldiers after she had returned home from the war . . .