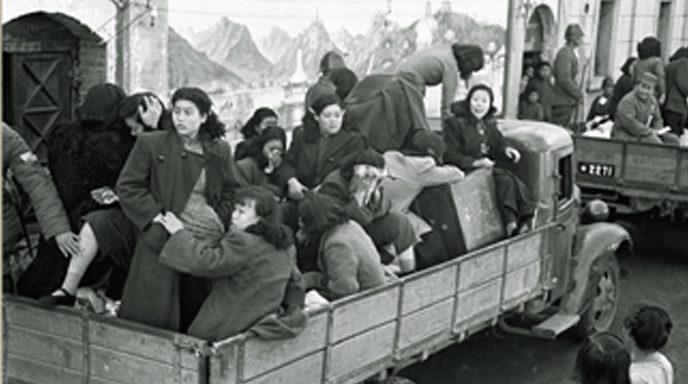 One morning in May, a truck from the army barracks stopped at the entrance of Emerald Cloud Lane. A bevy of gaudily attired prostitutes flaunting heavy makeup ambled out of the lane and clambered up over the truck’s tailgate… The last prostitutes to emerge were Autumn Grace and Petulia of Red Delight Pavilion. Autumn Grace was wearing a silk brocade Mandarin gown and high-heels. She leant against a doorframe as she bent over to smooth out her stockings below her knees. Petulia, who was following, looked as though she had just woken up; hair unkempt and dark circles under her eyes.

The rest of the novella tells the story how the two close friends, Autumn Grace and Petulia, alternately cope with the “New Society”. Autumn Grace escapes from the common transport and ultimately takes refuge in a nunnery. The aptly-named Petulia petulantly pouts her way through her spell of manual labor, only to latch on to Mr P’u, one of the Red Delight Pavilion’s more dapper erstwhile customers and, in fact, Autumn Grace’s regular.

The three protagonists in this ménage à trois adapt to the new reality, after a fashion, not terribly well, but life goes on. All that remains of the old life in the end is a rouge tin.