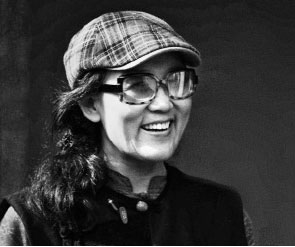 Poet and painter Zhao Lihua was born in Hebei. Known as a colloquial poet, she has long rejected the formal and tonal expectations of contemporary free verse in China. Her poetic focuses on sparse language, muscular imagery and a resistance to a sentimentality and linguistic posturing. When some of her early unpublished poetry was released online in 2006, Zhao unexpectedly became an internet meme, with netizens dubbing their parodies “pear blossom” (a homophone of her given name) verse. She lives in the suburbs of Beijing at an artistic commune she founded.