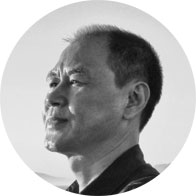 Wang Jiaxin is a poet, essayist, critic, and translator. He is the author of five collections of poetry, nine books of literary criticism, and two books of translation. Born in Hubei province in 1957, he studied Chinese literature at Wuhan University after university instruction resumed in the late 70s. He has taught creative writing at People’s University in Beijing for many years, and was made a full professor in 2006. His poems have been published in English, German, and other languages, and he has published translations of the works of Paul Celan. His best-known collections of poetry include Memorial (1985), Wandering Rocks (1997), Poems (2001), and Incomplete Poetry (2008).