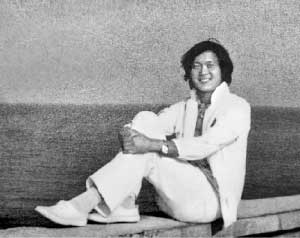 Luo Yihe was born in Beijing in 1961, but spent his youth in rural Henan with his parents. After graduating from Peking University in 1983 he began working at October magazine. A close friend of Hai Zi, Luo Yihe died from a brain hemorrhage in 1989. His long poem “The Blood of the World” was published three years later.