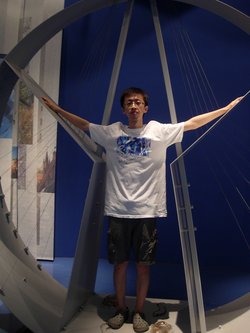 China's science fiction scene is flourishing, largely thanks to the infusion of fresh blood brought by writers like Fei Dao. Originally a student of environmental engineering at Beijing Normal University, his love of science fiction led him to switch to the literature department's science fiction major—the only such major in the country. Since then he's published a large quantity of short stories and novellas, often alternating between fantasy and science fiction.

Though he firmly belongs to the world of "post-1980s" Chinese writers, who are often just as popular among young readers for their image as for their fiction, Fei Dao is unusual in his deep and serious attentiveness to the broader issues of Chinese society, and to the use of science fiction as a speculative vehicle for thinking about the future.