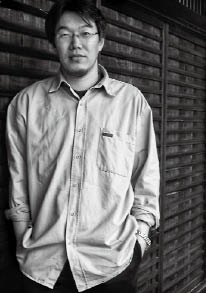 Zang Di was born in Beijing in April 1964. He received a Ph.D. in Literature from Peking University in 1997, and now teaches at the Chinese Department there, where he is also a research fellow of the Modern Poetry Center. He serves on Modern Poetry Review’s editorial board, and also he edits the Chinese Poetry Review. His poetry collections include Chronicles of Swallow Garden, Disturbances, Fresh Brambles, The World is Flat, Bluffing, No Name Lake, and The Enlightenment Series, among others. He has won many awards, including the Southern Literary World’s 2005 Award for Criticism, the Ten Best Young Poets Award, the Top Ten Avant-Garde Poets of 1979-2005, the third annual Pearl River International Poetry Festival Award, the first annual Yangtze Literary Arts Award, the seventh annual Chinese Literature Media Award for Poetry, and the first annual Su Manshu Poetry Award.