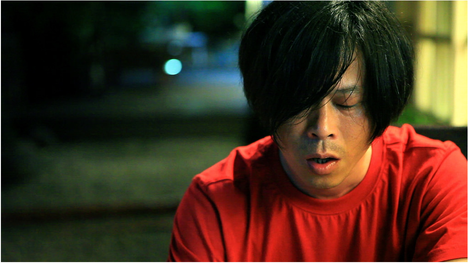 Ya Shi was born Chen Xiaoping 陈小平 in 1966 and raised in the Tuanbu Village Commune in China’s Sichuan province. In 1983, only a few years after the reopening of the university system in the wake of the Cultural Revolution, he tested into Beijing University, graduating with a mathematics degree in 1987. He began writing poetry in 1990, and won the Young Poets’ Prize (华文青年诗人奖) in 2003. For many years, he was the editor-in-chief of the underground magazine Poetry Mirror. His works include Selected Poems of Ya Shi (哑石诗选, Changjiang Wenyi Chubanshe, 2007), which won the Liu Li’an Prize (刘丽 安诗歌奖), Carved Insects (雕虫, self-published, 2010), Silk Road (丝 绸的路, independently published by the “Non-Publication Foundation,” 2011), The Wind Follows Its Own Meaning ( 风随着自己的意思吹, a special issue of Blade magazine, 2012), As Poems (如诗, Yangguang Chubanshe, 2015), and Spark Hotel (火花旅馆, Taiwan Xiuwei, 2015). Ya Shi’s work has been translated into German at Lyrikline.org and is in the process of translation into Italian.

Today, Ya Shi lives outside Chengdu with his family, and teaches mathematics at the Southwest University of Finance and Economics.