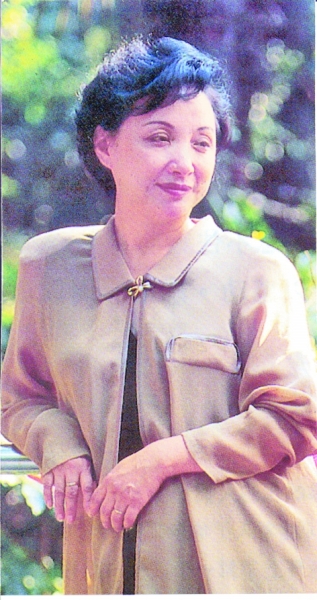 Wang Xiaoying was born in 1947 in Shanghai. She went to work as a farmhand on Huangshan Tea and Forestry Farm after she graduated from high school in 1968. In 1978 she enrolled in the Chinese Department of East China Normal University in Shanghai. After graduation she worked as a fiction editor at Meng Ya magazine. In 1985 she was transferred to the Shanghai Writers Association and worked as a professional writer. She is now a member of the Chinese Writers' Association and a council member of the Shanghai Writers Association. Her main works include novels (Who Do You Defend, I'll Defend You, We Were in Love, Superb Artistry in Painting, Along the Way and Empress Lu a Doll at Court), collections of novellas (Vicissitudes of Life, Red-billed Leiothrix, Unexpected Death and A Deep Front Lane and a Deep Back Lane) and collected works of prose. Her Vicissitudes of Life was awarded the National Outstanding Novella Prize in 1986 and her Superb Artistry in Painting won her the Shanghai Culture and Arts Award in 1989, the National Outstanding Novel and Novella Award in 1998 and the People's Literature Magazine Award in 2001. (info from publisher)