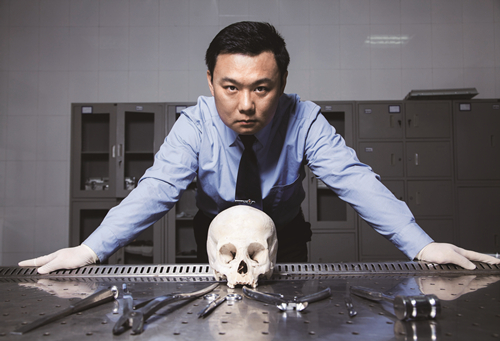 His debut novel, Voice of the Dead, is a collection of 20 enthralling criminal investigations from his seven years working in forensics. Qin joined the forensics team under Anhui province's public security bureau in 2005 after earning his degrees on forensic medicine at Wannan Medical College in 2003, and the China Criminal Police University in 2005.