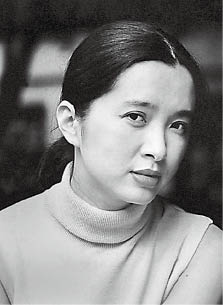 Pan Xiangli was born in October, 1966, in Quanzhou, Fujian province, and later moved to Shanghai. From 1991 to 1998, she worked as an editor for Shanghai Literature and from 1992 to 1994 attended Tokyo University of Foreign Studies. She began publishing her writing in 1988; her story collections include Following Along Without a Dream, The Decade Cup, A Soft Touch, and I Love Maruko Chan, and her essay collections include Red Dust, White Feathers, The Age of Innocence, The Age of Believing in Love, and Sometimes the Parts are Perfect. Her short story “Western Wind, Long Street” Shanghai Literature’s prize for outstanding work, and she has also received a literary award from the Wenhui Daily Pen Association.