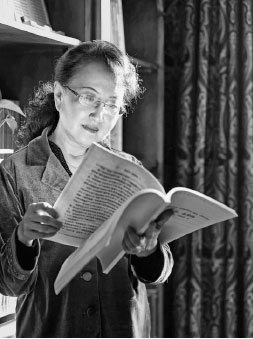 Ma Xiaoli was born in Shenyang, Liaoning. After a career in the army spanning three decades, she turned to writing in 1995; her fiction (including the award-winning novel The River Between Chu and Han) focuses on military life. As an academic, she specialises in ethnic minorities and political theory. Ma Xiaoli received the Lu Xun Literature Prize for “Russian Army Belt”.