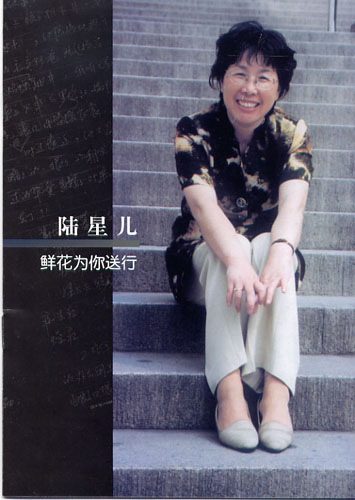 Born in Shanghai in 1949, Lu Xing'er was sent to live in Heilongjiang in China's far north in 1968, while still a student in middle school. There she worked as a tractor driver and wrote for a small newspaper. In 1978 she moved to Beijing and studied dramatic literature at the Central Academy of Drama. She went on to become a playwright at the China Children s Art Theatre. Eventually she returned to Shanghai and worked as a writer and as the Executive Editor-in-Chief of the monthly literary magazine, Hai-Shang Cultural World. Her works include a novella, The Structure of Beauty, collections of short stories such as Ah, Blue Bird, The Mountain Flowers Have Bloomed Quietly, At Night, Please Don't Knock on My Door, a collection of novella series named Tomb Stones Forgotten in the Wilderness, novels such as Kiss Left for the Century, Psychiatrist, My Children, Fairy Tales in the Gray Building, and Pain. She also wrote a long autobiographical prose entitled Breathing Laboriously: Diary of the Last Days of Lu Xing'er. She died in 2004. She was the recipient of the Shanghai Literature Magazine Award as well as the Literary Award of October magazine. (from the publisher)