Liu Hsukung was born in 1973 in Taipei. He graduated from the civil engineering institute of National Taiwan University. He likes nature and people, and often spends his time telling children stories. He received an honorary mention for Hsin Yi Children’s Literature Prize in 2002 for I Want to Eat Durians!, winning the prize in 2006 with his book Excuse Me, Will My Feet Touch the Bottom?. His book Whose Stop is it? (for kids 0-3 years old) won the Chen Bochui International Prize for Children’s Literature in 2014 and was subsequently selected for the 2015 Bologna Illustrators Exhibition. (copied from Balestier Press website, Dec 2015) 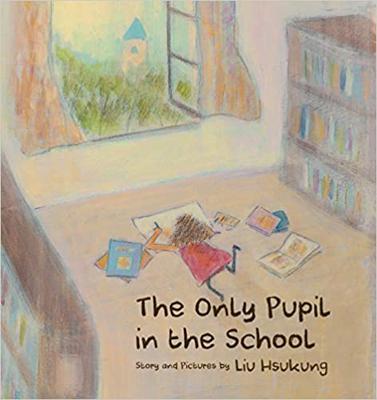 The Only Pupil in the School