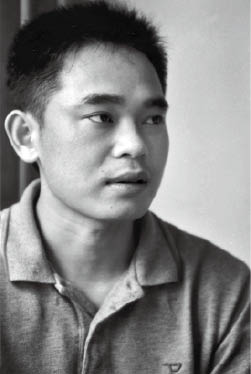 Huang Jinming was born in Huazhou, Guangdong province, in 1974. His poems have been published in such literary journals as Flower City, Tianya, Master, Zhongshan, Mountain Flowers, Youth Literature, and Beijing Literature. He has also authored a collection of poetry titled Strangers’ Poems as well as the long essays A History of Youth and Dusk in the Open Country. He is a writer in the Guangdong Provincial Writers’ Association and a member of the Chinese Writers’ Association.