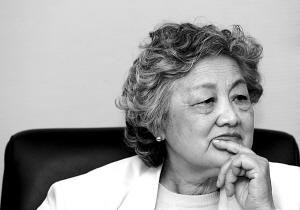 Born in 1946 in Shanghai, Cheng Naishan majored in English at Shanghai College of Education. She later became a middle school teacher. She started writing in 1979, using Shanghai as the background for most of her works. Her representative works include The Blue House, Poor Street, and The Banker. Her works have frequently been adapted as television dramas and movies. Since 1990 the author has divided her time between Shanghai and Hong Kong. She has devoted herself to producing memoirs of modern urban culture in Shanghai over the last few years, publishing a series of Shanghai related books, including, Shanghai Tango, Shanghai Lady, Shanghai Fashion and Shanghai Taste. She is currently a member of the Chinese Writers Association, and she sits on the councils of the Shanghai Writers Association and the Shanghai Literature Foundation. (info from publisher)