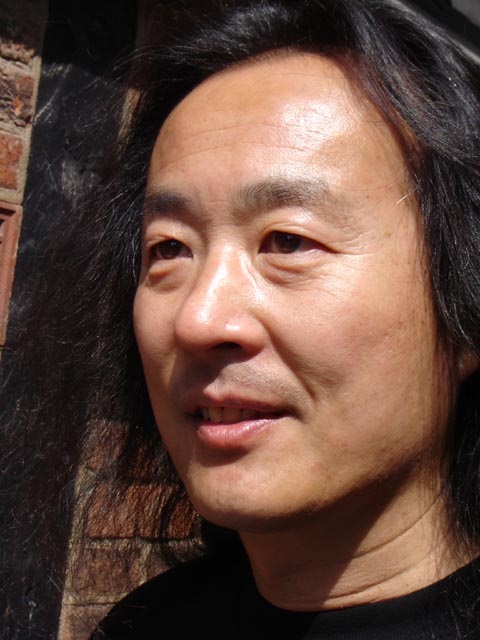 Yang Lian was born in Switzerland in 1955, and grew up in Beijing. He began writing when he was sent to the countryside in the 1970s. he was among the “Misty” school of Poets. His poems became well-known and influential inside and outside of China in the 1980s, especially when his sequence ‘Norilang’ was published in 1983.

Yang Lian was invited to visit Australia and New Zealand in 1988 and next year, he became a poet in exile and started his journey through out the global since then. All these years, his literary writing, as well as his outspoken voice, has been called as a highly individual voice in world literature, politics and culture.

Yang Lian has published fourteen collections of poems, two collections of prose and one selection of essays in Chinese. His work has also been translated into more than twenty languages, including English, German, French, Italian, Spanish, Japanese and many Eastern European languages. Among 14 books of poems in English translation, his most representative works including the sequences and long poems such as Yi, Where the Sea Stands Still, Concentric Circles, Narrative Poem and Anniversary Snow, they display a profound understanding of, and creative links with, Classical Chinese poetry. His work has been reviewed as "like MacDiarmid meets Rilke with Samurai sword drawn!", "one of the most representative voices of Chinese literature" and "one of the great world poets of our era". Yang Lian and the Scottish poet W. N. Herbert together with Brian Holton and Qin Xiaoyu are the co-editors of Jade Ladder, a brand new Anthology of Contemporary Chinese Poetry (1978 -- 2008) in English, and published by Bloodaxe Books in Apr, 2011.

Yang Lian has been invited to become a member of The Norwegian Academy for Literature and Freedom of Expression in 2013, and a distinguished professor by Shantou University, Guangdong Province, China.

Yang Lian is one of two chief-editors of Survivors Poetry Magazine, a poetry magazine found in China in 1988 and been banned after Tiananmen Massacre in Beijing 1989, it is online only today: www.survivorspoetry.net